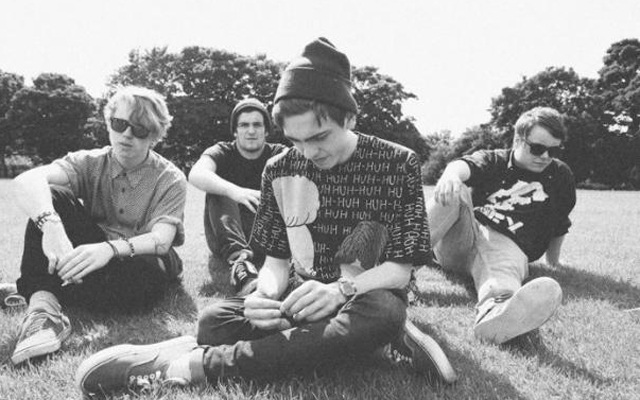 One of Birmingham’s finest purveyors of shimmering fuzz, JAWS have released the video for their new single, ‘Think Too Much, Feel Too Little’, ahead of its release on April 14th.

‘Think Too Much, Feel Too Little’ offers a glimpse of the mature, well-defined sound listeners can expect from their upcoming debut album. Staying true to their signature wistful haze, this fresh track is filled with the wide eyed swoon of the new wave and melodies inspired by timeless guitar hooks that Johnny Marr himself would be proud of. The song simply feels like a blast of sunshine, and given the recent weather that can only be a great feeling.

Despite still being of barely legal age, the Brum-based band are proving that age is simply a number and not a hindrance. Following the success of their EP Milkshake last year, it’s safe to say the wheels are in motion for their continuing rise up the musical ladder.

With a busy tour schedule at the moment, and news on the forthcoming debut album coming soon, it could be a great summer for the hardworking group. Given the quality of this first instalment, it’s something not to be begrudged.