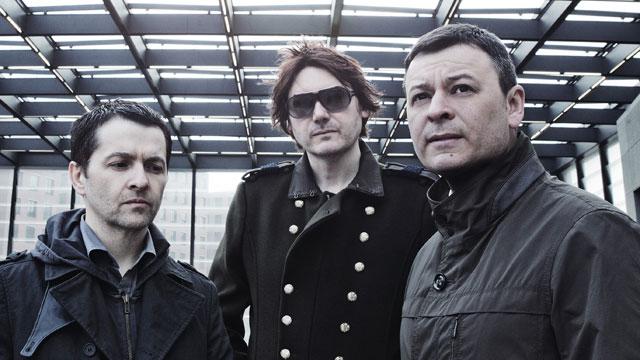 MANIC STREET PREACHERS have today unveiled the video for their new single Walk Me To The Bridge. The first slice from forthcoming album ‘Futurology’ sees the Welsh pioneers return to a more upbeat style compared to last Autumn’s acoustic offering ‘Rewind The Film’.

The European sounding single is accompanied by a striking video directed by Kieran Evans who has worked with the band on previous singles Rewind The Film, Show Me The Wonder and Anthem For A Lost Cause. The video sees a young German woman racing against the clock trying to locate a package whilst the band perform in an abandoned WWII Aircraft Hanger.

Boasting a more electro-feel, previously experimented with on ‘Lifeblood‘, the song combines the sonic chorus that they are famed for along with a glorious sounding solo from James Dean Bradfield that could lmost be mistaken for a Bruce Springsteen-esque saxophone.

Walk Me To The Bridge will be released as a single on 29th June ahead of the album ‘Futurology’ released 7th July.