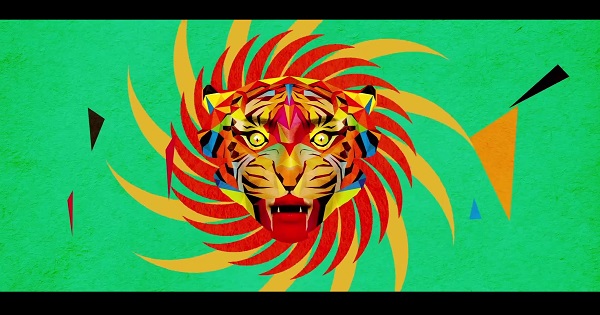 Always experimental and rarely predictable, SUFJAN STEVENS has revealed a new video for ‘Year of the Tiger’, a song originally released on 2001’s Chinese zodiac-inspired album Enjoy Your Rabbit.

The video, animated by Geoff Hoskinson, is a riot of colour and shape, showing alternately a series of mesmerising singing tigers, and the process of fertilisation and development in the womb. No, we have no idea either. What has prompted the singer to release this video now is as yet unclear (it’s not even the Year of the Tiger!), but when it comes to Sufjan Stevens, fans will take whatever they can get.

Stevens most recently has been involved in Sisyphus, a project he works on with rapper Serengheti and electronic producer Son Lux. Their self-titled debut album was released earlier this year via Asthmatic Kitty records.

Enjoy the video above, for the hypnotic, psychedelic piece of wonderment that it is.