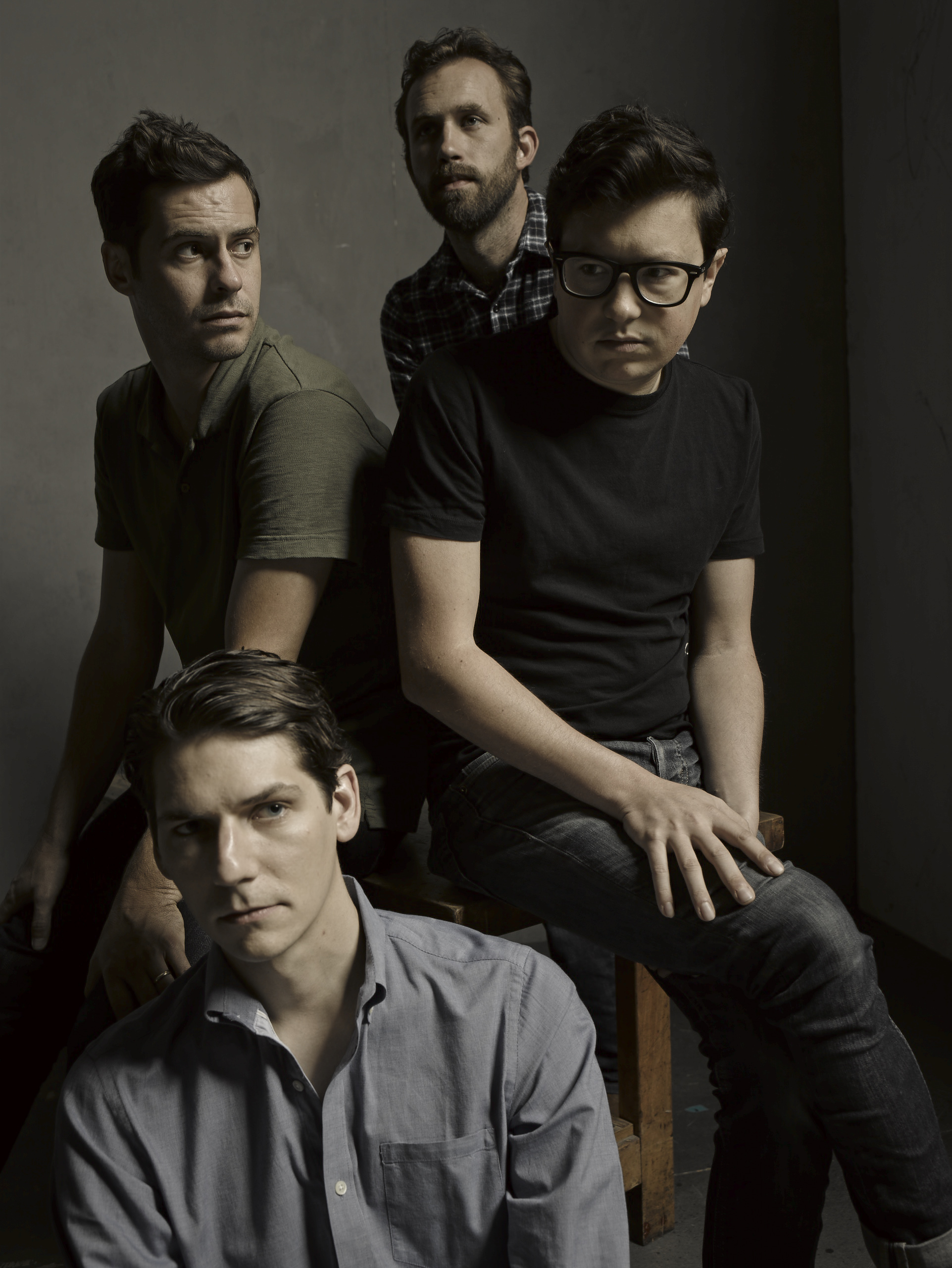 After last week’s celebrated news of their 2013 return, White Denim release fuller album details for Corsicana Lemonade due out in the UK on 4 November via Downtown. Jeff Tweedy produced two tracks; ‘Distant Relative Salute’ and ‘A Place to Start’, and the band are also set to tour the US with Tame Impala this October before hitting the UK for a full tour in November. Full UK dates below.

They say the human body is DNA-programmed to renew itself every seven years. In which case, White Denim’s now legendary, heart-attack musical timing has accelerated their own development – and then some. Five years on from their twisted translation of the garage-rock aesthetic via Workout Holiday, new album Corsicana Lemonade announces itself less noisily and demandingly, while commanding just as much attention.

If their UK debut was the sound of a way-cool keg party, then as singer-songwriter and guitarist James Petralli sees it, their latest is “a barbeque record, essentially”. Here, then, are summery grooves with a country-funk/boogie-soul bent (‘Come Back’, ‘A Place To Start’), classic pop-rock moves from the ’70s (‘Cheer Up Blues Ending’, ‘At Night In Dreams’) and riff-centric, dirty blues (‘Let It Feel Good (My Eagles)’, ‘Pretty Green’). White Denim’s frenetic workouts still feature – after all, this is the band that have always boasted serious chops – but they’re far less extended and frequent, designed to complement the newfound laid-back ease, rather than hog the spotlight.

Petralli concedes that the band’s aim was to pull back from the complex and considered song structures that took their cues from prog and jazz, and instead make a record that was closer to the White Denim live experience. In other words, tap into the quartet’s holy-rolling momentum and exhilarating, in-the-moment energy. “Initially, we did start by recording a bunch of rockist numbers, but we got kind of fatigued with it. I think we felt that we wanted to say something else, and our ears got tired of hearing really aggressive music and trying to work it into something.

“About eight months after D came out, we realised we didn’t want to play triplets on everything. We didn’t want to make it so difficult for ourselves and, possibly too, our audience. So we talked about scaling back a little bit, by featuring the songs more. We really just wanted to say something new. The biggest thing was to set up and play together in a room, to try and get the sound of the band playing live together.”

With that in mind, Petralli, Austin Jenkins (guitar), Steve Terebecki (bass) and Joshua Block (drums) took up a longstanding invitation. In January of 2012 they’d toured with Wilco and afterward, Jeff Tweedy joked – or so they thought – that someday they should record together at the band’s Loft Studio. Petralli remembers thinking it was a courtesy comment, but then this year Tweedy called to say that he had a five-day window, and wanted White Denim to go in and cut some tracks. So in late March of 2013, Petralli wrote a couple of songs at short notice and they headed to Chicago, which is where the all-important loosening up process began.

Only two album tracks came out of that session – ‘Distant Relative Salute’ and ‘A Place to Start’ – but the experience of playing live in the studio as an ensemble was crucial. Explains Petralli: “We spent a day apiece on those two songs and then the last three days, we just tried out every instrument we could get our hands on and laid out these kind of krautrock vamps. That studio is basically a museum; they have pretty much any instrument you could think of, so we just threw everything at it. Jeff was really adamant that we play live, so there was a lot of emphasis on the performances from the four of us being definitive. The spirit was to not have any studio fixing. When I listen to the new record now, it sounds like us learning to play that music, which is cool. To capture that freshness and that…uncertain certainty.”

The Chicago experience galvanised the four’s initial determination to make a different kind of White Denim record, and it took them just two months. When they went back to Austin, they rented a house on a cliff overlooking Lake Travis and hired a team who outfitted it as a studio in four days. “We were actually on the porch, trying to write the songs while they were building the studio,” Petralli remembers, “and by the time we got in there, we had enough material to start the record. Both Josh and Austin had moved to Dallas in 2012, so they lived there for five weeks. When we first got into the house, we were in awe of the view because it was just all windows, but when we went in to start working, they’d boarded them all up for soundproofing. Josh and Austin had this weird psychosis of living in a house with no natural light. They’d be yelling that there was a beautiful view beyond the sound blanket!”

Local producer and “tone guru” Jim Vollentine was in the mix, as was his collection of vintage radio broadcast gear, which lends the record warmth and textured intimacy. “He’s been salvaging it from yard sales for the past 20 years,” Petralli reveals. “We had a pretty nice mixture of ’70s hi-fi equipment and really early tube equipment from the ’40s and ’50s.”

Particulars of process and sonics weren’t the only features of the Corsicana Lemonade picture; recent listening habits and changes in personal circumstance also played their part. Petralli, who became a father for the first time in January says that over the past year or two, the band had been thinking a lot about family “and the preservation of [our] personal lives. We decided that we wanted to talk about relationships and family, so with those kinds of things in the air, it was pretty easy for me to tap that lyrically. Plus, we’d all been listening to a lot of the country music and pop we’d grown up with – stuff like Waylon Jennings and the masterful Townes Van Zandt, but also lesser sung artists like Jim Ford and the guys who played in the Nashville band Barefoot Jerry – they themselves didn’t really write a lot of great songs, but their music felt really good and it was comfortable and fun. More groove-oriented country was almost a nostalgic thing that we were connecting with.”

If the spirits of Little Feat and the Allman Brothers still hover in the wings, then Badfinger, Stevie Wonder and Glen Campbell have also made their mark, as has fellow Texan, Steve Miller, particularly on the title track. It’s both a light-hearted homage to some of the states non-descript suburbs and small towns (Abilene, Lucas, Nacogdoches and Waxahachie all get a shout-out) and an update of the classic country road song. “He’s one step away from Jimmy Buffet, for a lot of people,” Petralli concedes of Miller, “but he did make a couple of great records. Sailor is pretty cool, and he was part of the whole San Francisco, late-’60s psychedelic thing. On D we got a lot of those comparisons – I guess it’s just inherent. We all do it, but none of us really wants to own up to listening to the Steve Miller Band!”

But Corsicana Lemonade has nothing whatsoever to do with the wrong-headed concept of “guilty pleasures”. Its pleasures are honest, immediate and generous spirited, its sound that of a band somehow all the more settled for having made a change. It seems that White Denim took their own advice, offered on the grungily twangin’ and heavily reverbed ‘Let It Feel Good (My Eagles)’: “If it feels good, just let it feel good to ya.” Damned hard to argue with that.