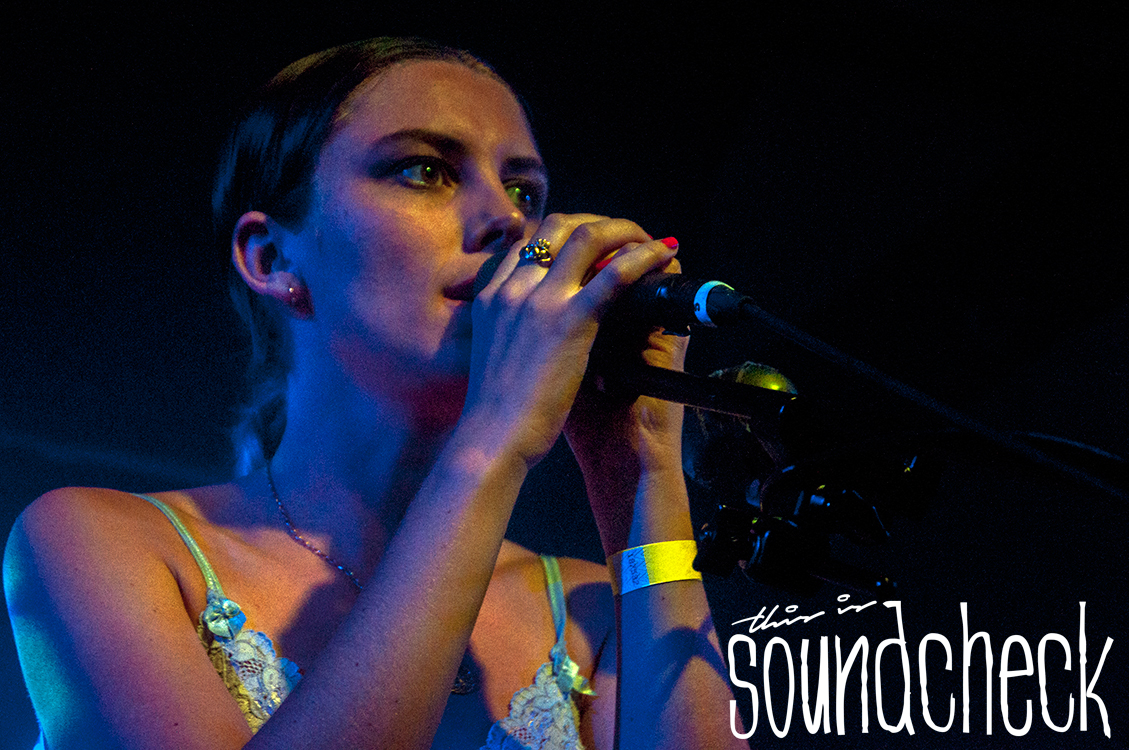 A gloomy mid-week evening in August in the middle of Derby City Centre is THE place to be tonight. One of the UK’s best new bands of the last few years are making their UK live return ahead of their second album. London’s Wolf Alice are tonight playing the first of a handful of intimate dates, playing venues they played on their first ever UK Tour before the release of debut album ‘My Love Is Cool’.

Anticipation is high mainly due to the band having released three tracks already and have received nothing but praise. Their intimate USA dates saw the band unveil a new setlist and debut songs from forthcoming sophomore record ‘Visions of a Life’.

By the time support act You Dirty Blue hit the stage, the venue is already heaving. The sold-out capacity crowd embrace the support as new friends and embrace their swampy electro-blues riffs.

As the time hits 9:30pm bang on, the lights dim and the packed-out room launch in to a frenzied array of screams and chants waiting for Wolf Alice to arrive. Guitarist Joff Oddie and drummer Joel Amey arrive first followed swiftly by bassist Theo Ellis. The first notes of new track and recent radio hit ‘Don’t Delete The Kisses’ ring out, front woman Ellie Rowsell arrives brimming with a smile and a calm confidence. Unusually, she is without guitar as she launches in to the lyrics. The room begins to sing them back to her as if they have known the song for years.

We are hit straight away by old favourites ‘Bros’ and ‘You’re A Germ’. With this new found confidence, you can see the glimpses of this band emulating the rise to success that fellow touring mates The 1975 encountered. Everything from Joel’s thunderous drumming and eloquent backing vocals, through to Joff’s playing and Theo’s heavy basslines are perfect. They sound bigger, bolder and more in your face than ever before.

Bassist Theo had become renowned on previous live jaunts for being the voice of the band with his witty and sharp comments. Tonight he seems a little subdued, or maybe just out of practise, the only notable highlight being his request for people to put their phones away for the new songs as “memories are only created through watching with your eyes and not via a screen”. Wise words indeed.

Sweat is literally pouring off the faces of the audience and the walls and the mosh pit at the front is fair to say, boisterous. The riffs are loud and the newer material is coming across incredibly well. ‘Yuk Foo’, ‘Beautifully Unconventional’, ‘Formidable Cool’ and the title track ‘Visions Of A Life’ are both received well and played with such veracity that you would be mistaken for not knowing this was only their second tour.

One of the consistent highlights tonight however is Ellie Rowsell. Her vocals, her guitar playing and her audience interaction have all improved since we last saw the band. She is brimming with a rather (formidable) cool attitude that really plays to the band’s advantage.

Older tracks are treated with love and care, but also received with open arms from the crowd. ‘Lisbon’, ‘Your Loves Whore’, ‘Silk’ and ‘Fluffy’ bring the room to life. The latter seeing the small mosh pit grow in size.

Rowsell addresses the crowd by stating how weird it feels to now be saying “this is an old song” before bringing the mood down with a moody and euphoric version of early non-album single ‘Blush’. The closing ‘Mona Lisa Smile’ lifts the roof off the building and sees both band and audience pouring in sweat as it reaches a chaotic end.

The band leave the stage to a choir of cheers and calls for more, only to return moments later for an electric and high-packed-energy rendition of ‘Giant Peach’. Joff’s riffing sends shockwaves through everyone in the crowd as it picks up pace and explodes in to a frenzied chaos.

With a full UK tour coming in the autumn, those who missed out on this intimate run of dates should get down to catch the band in full flow. They are incredible. Hopefully, next summer sees a number of high profile festival appearances which should catapult this band from the indie darlings to a mainstream force to be reckoned with.