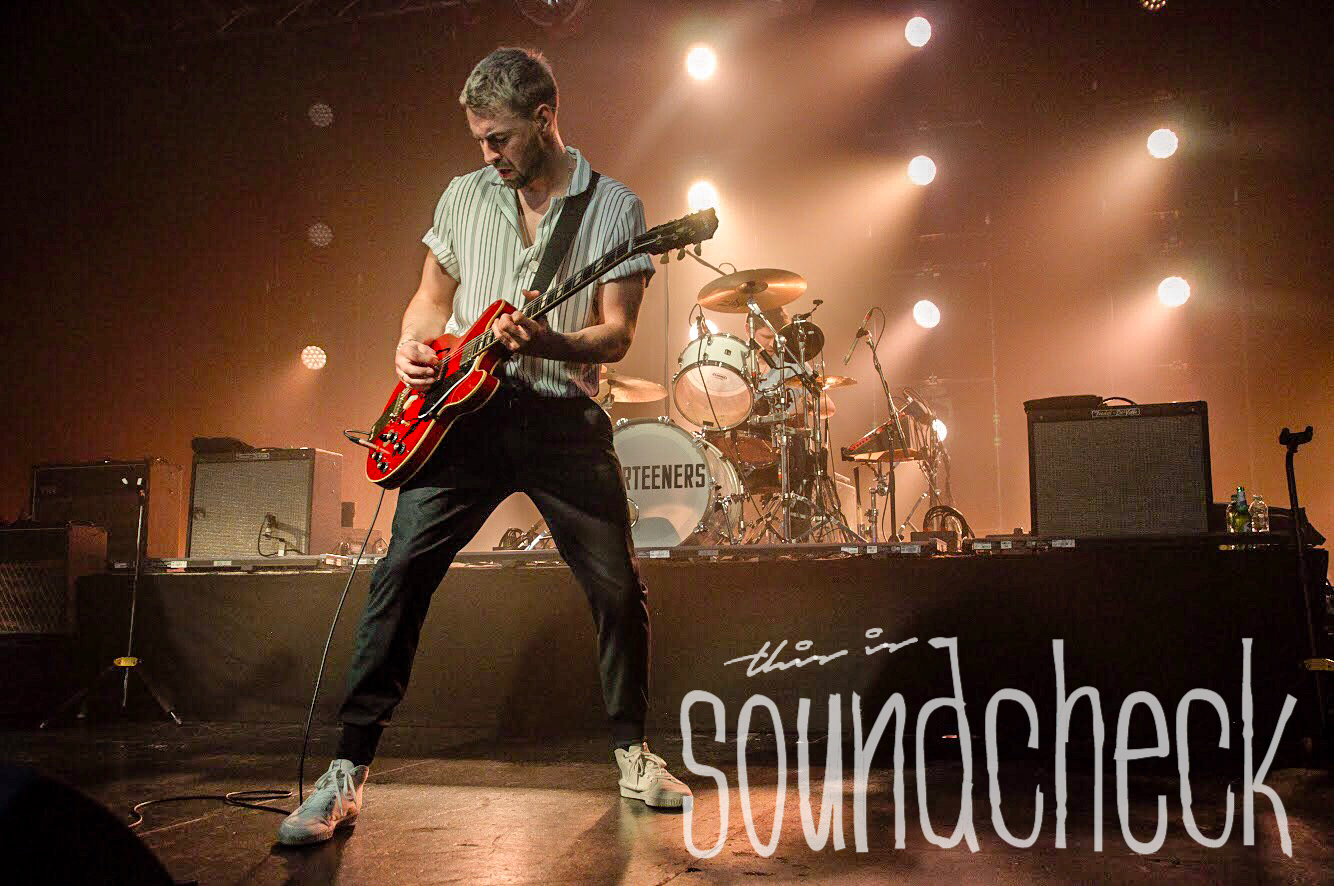 Without getting too political, we are indeed in turbulent times. It takes unique talent to unify society and find a rallying cry that takes our mind off the mundane routines we do just to survive. That’s exactly what Manchester’s Courteeners did on a rather wet night in Birmingham town.

Opening up tonight are the sublime Zuzu and Gerry Cinnamon. Zuzu provided a set of perfect indie pop that soon won the hearts of Courteeners die hards, whilst Gerry Cinnanon got the room bouncing with his brand of acoustic loop pedal loveliness.

Liam Fray and Co. arrived to a room full of fans who were “mad fer it” as another famous Liam would have declared. Kicking off with ‘Are You In Love With A Notion?’, the levels were set and boy did they deliver. By the end of the first track, flares had been set off in the venue which saw Security comically try to stop the band from playing and contain the matter.

Tonight we get a lively Courteeners ‘Greatest Hits’ set. All of the classics are there alongside some exciting samples from their forthcoming new album which delighted the audience. ‘Cavorting’ and ‘How Good It Was’ complete the opening trilogy, showing what an underrated songwriter Fray is.

New track ‘Better Man’ sounds familiar yet chunky in sound. If the new album drops before their huge homecoming gig at Heaton Park next summer then this will go off. ‘Van Der Graaff’ and ‘Lose Control’ literally get the intimate venue bouncing as the band bounce off the ecstatic energy from tonight’s Midlands audience.

Closing track ‘The 17th’ was the last track with your reviewer to gel from last album ‘Mapping The Rendezvous’ but has now become a firm favourite and becomes a whole new beast performed live.

Following on from his acoustic tour last year, Liam returns to the stage and treats us to three gorgeous acoustic tracks. ‘Please Don’t’, ‘Smiths Disco’ and new ditty ‘Hanging Off Your Cloud’. Proving once again that he is a man of the people and a brilliant and underrated wordsmith. The audience lap it up and the rest of the band return for a full encore.

‘Modern Love’ starts the three song encore and once again, the room goes off. ‘Not Nineteen Forever’ arrives next and ‘What Took You So Long’ is the last song of the night. The refrain of which carries on well after the band have left and people are filing out of the venue.

Courteeners are as much of a secret, underground phenomenon as well as National Heroes. For a band who received very little support from the mainstream media for a long while, who have relentlessly toured across the country, sold out huge arenas and parks in the North and headlined festivals, they are a band to protect and treasure. If you haven’t yet seen them live, then to quote the band themselves, seriously, what took you so long?