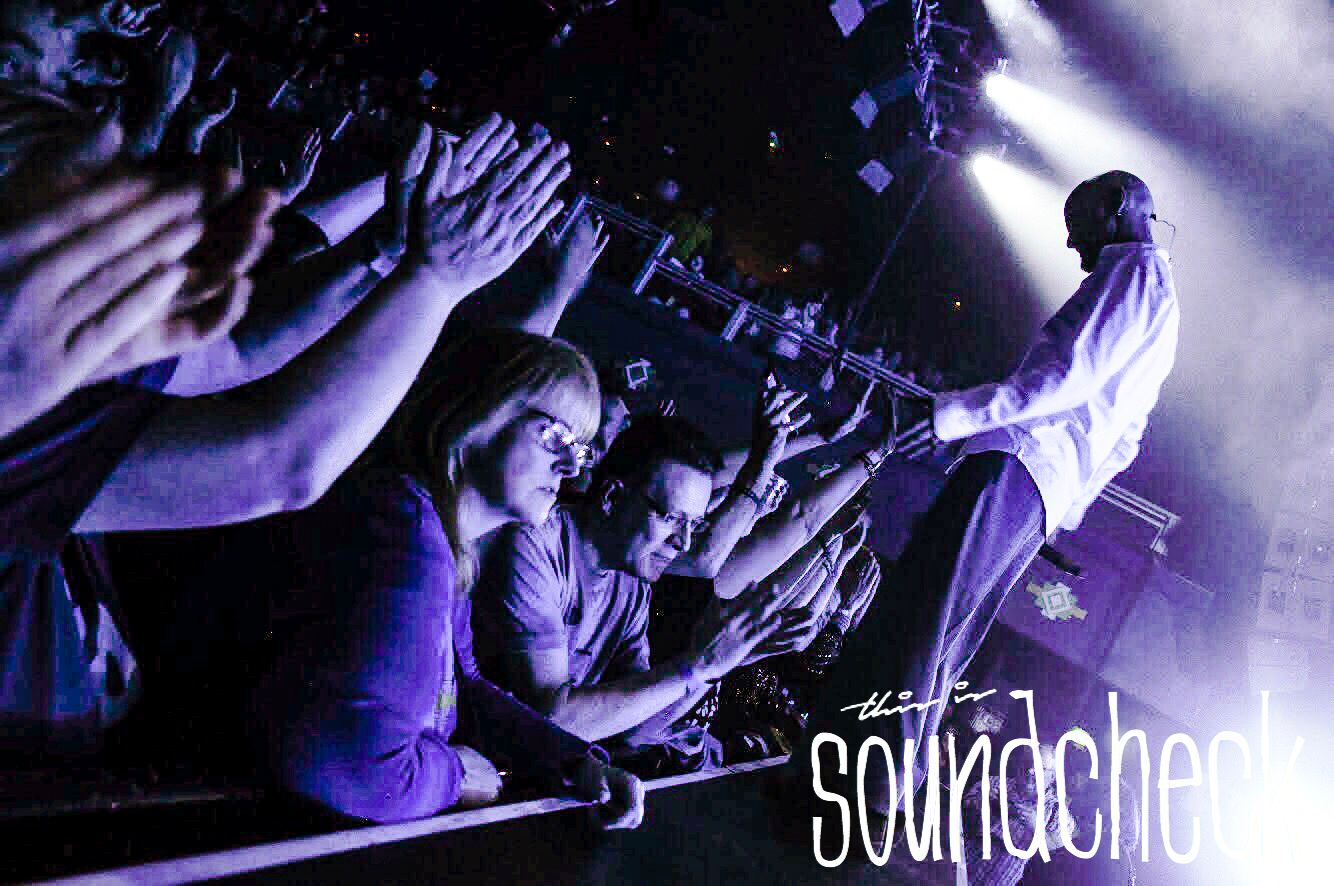 Indie legends James returned to Birmingham last night during their current ‘Living In Extraordinary Times’ UK Tour. The night saw a unique double set from the band as they performed an acoustic set as support to their own headline show.

Having stayed away from setlist spoilers and any news about the tour, it was a shock to initially see frontman Tim Booth hobbling out on crutches, only to inform us that he has been suffering from a sprained ankle, but hopes that tonight will be the night where he gets to ditch the crutches.

What followed was a short, yet moving and brilliant six-song acoustic set  made up of some very deep cuts from the bands’ back catalogue. Beginning with ‘Coming Home (Part 2)’ and ‘Broken By The Hurt’, Booth teases us in saying that these are just a few of the depressing songs they have written over the years. A moving ‘All I’m Saying’ appears before Tim launches an tongue in cheek attack on the large section of the audience who are constantly talking throughout.

‘Pressure’s On’ sees the venue close the bars in an attempt to curtail the disruptive talkers. By now, the audience have learned that this is the delicate part of the evening and full attention is required. The band then treat us to a moving rendition of ‘Just Like Fred Astaire’ which sees Booth come to the front rows albeit on crutches, singing from the barrier like a hero. To close the mini set, we are treated to what appears to be an impromptu rendition of ‘Sit Down’ which starts the first of many sing-a-longs tonight.

After a short break and the stage opened up fully, the band return for a full electric set and kick off with ‘Heads’ and ‘What It’s All About’. The band appear to be on fire, performing with passion and vigour as again, Tim Booth walks out to the barrier to preach amongst the front rows, this time without the aid of his crutch.

The set is mostly made up of tracks from their latest opus, ‘Living In Extraordinary Times’; ‘How Hard The Day’, ‘Leviathan’, ‘Moving Car’ and ‘Picture of This Place’ being some of the highlights. The rest is made up of hits and deep cuts more familiar to the casual fan. Booth puts on a display of passion plenty of his peers neglect, and a performance that most new artists would love to achieve.

‘Laid’ is a standout, coming mid-way through the set and achieving another of the big cheers of the evening. By the time that ‘Sound’ closes the main set, the audience are eating out of the palm of the bands’ hands. The eloquent ‘Come Home’ starts the encore to a huge applause followed by the upbeat newbie ‘Many Faces’ to complete the evening.

James have been around and completed the live circuit many times over the last two decades, yet they are still impressing and putting on performances of their lives. Set to play a number of live events over the summer, James show no signs of stopping soon, and with performances this good, why would they even consider it?