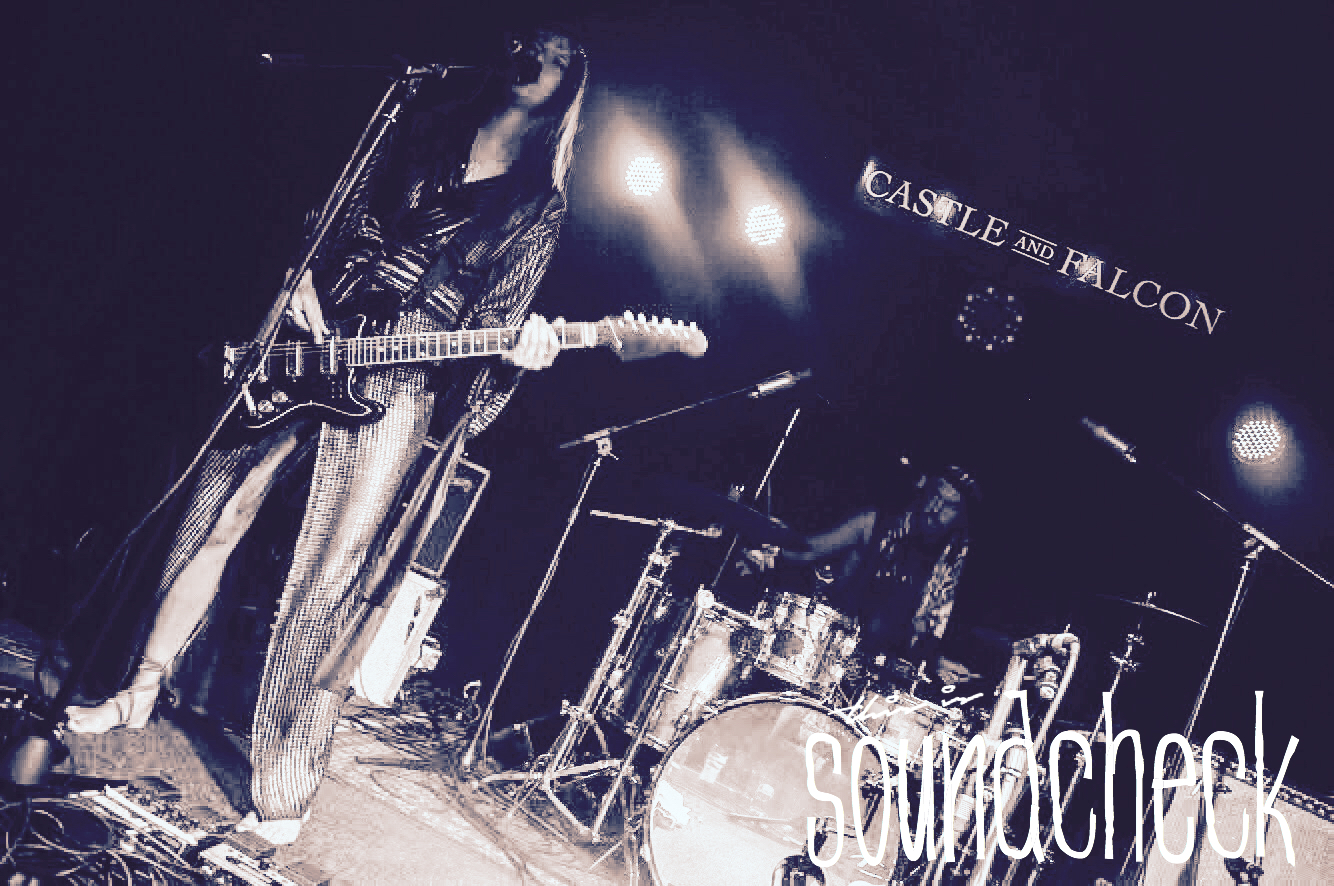 Dutch psychedelic three-piece My Baby returned to Birmingham to hypnotise the intimate audience with a night of mesmerising trance boogie rhythms. Touring in support of last years’ album ‘Mounaiki’, the Amsterdam based trio blasted their way through a two-hour set of wonderment.

Opening up tonight were the acoustic duo of Jez Hellard & Nye Parsons who seemed to bamboozle the audience with odd tales of trees becoming guitars amongst others. Eventually winning over the tough crowd, it was a slight relief when the duo finished their set.

Not meaning to put a dampener on the evening, we move forward to the headline act. Last time the band played in Birmingham, they played an incredible and vital set, tonight is similar, yet different. Brother and Sister, Joost & Cato Van Dyck along with Daniel ‘Da Freeze’ Johnstone arrive to a chorus of cheers as ‘Mounaiki’ album opener ‘By The Bright of The Night’ is jammed which leads straight in to an electric and fraught rendition of the title track. With it’s hypnotic rhythm, it is a shame that Cato’s vocals are inaudible due to a bad sound mix. This does not however, distract from the performance.

What follows is the entirety of ‘Mounaiki’ being played in order. ‘Supernatural Aid’ sounds huge and groovy, ‘Shadow Dancer’ and ‘Silhouette’ are gentle and tender and ‘Vigilante’ is a stomper that brings the audience to life. The biggest cheer of the night so far is reserved for lead single ‘In The club’ which sees Cato disappear off stage only to return dressed as a 1920’s dancer to purr her way through the performance.

After the closing ‘Vigilante’ segues into the album closer ‘To Be Continued…’, Cato again disappears to return in a golden sparkly catsuit. The band they ramp up their performance and give us over an hour of high octane brilliance. They perform as if their lives depend on it playing older material and giving us the My Baby performance we are familiar with.

Beginning the second half with their cover of Bob Dylan’s ‘Masters of War’, the room starts to heat up. ‘Love Dance’ and ‘Remedy’ from ‘Prehistoric Rhythm’ blow the cobwebs away, ‘Remedy’ is electric and the closing mash up of ‘Juno Moneta’ seguing in to ‘Shameless’ which segues in to a closing ‘Seeing Red’ is breath taking. By this moment, the audience are craving a final trance boogie for the Saturday night.

Not wanting to disappoint, they return and launch in to 2015’s ‘Uprising’ from the album ‘Shamanaid’. Finally, they bring the night to a close with a fantastic version of ‘Make A Hundred’ which sees Cato whip the crowd in to a frenzy before dropping in pieces of Fat Boy Slim’s ‘Right Here, Right Now’ and Sly & The family Stone’s ‘I Want To Thank You’ in expert fashion.

The band bid us farewell and thank us for coming down, promising to return soon. My Baby are a delight to behold and offer a great range of diversity in their performances. They will hopefully be returning to UK Shores for the festival season in the Summer.