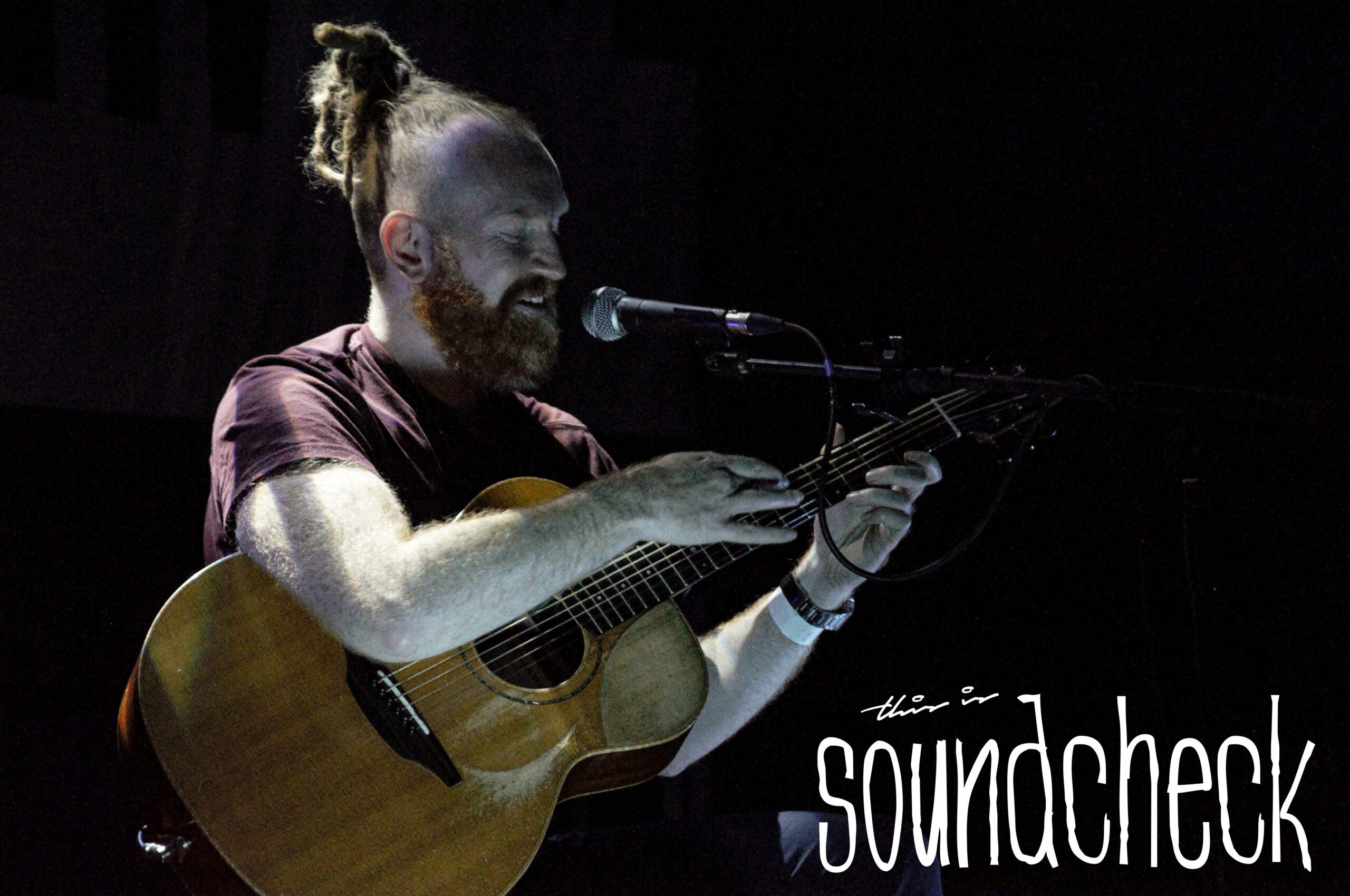 So, the first proper gig coming out of lockdown. It was always going to be filled with apprehension and excitement. There was no need to worry however, the operation that The Sugarmill in Stoke put in to place was first class. Tables equally spaced offering a great view of the stage wherever you were, table service for beverages, and a one-way system in place to get around.

It is always an honour to see someone play solo and acoustic, but to have a huge name such as Newton Faulkner play in such an intimate venue is a blessing. Grassroots venues have been heavily hit by the pandemic, and even the manager of the venue admitted there was a point where they believed they may not pull through. Thankfully they did, and credit to the venue and the staff for pulling off a fantastic night.

Sam Brookes has the honour of opening tonight. A stalwart who has supported Newton on numerous tours over the years, and another impressive singer-songwriter. If you took away all the electronics and locked Thom Yorke in a room with just an acoustic guitar and a piece of paper, Sam creates the kind of music that if you close your eyes, you could imagine being Mr Yorke. His songs are filled with tales of hardship and struggles with mental health, but set to some of the most beautiful music.

‘Fools on Saturn’, ‘James’ and the forthcoming new single ’18 and Sleeping’ show off his tenderness and incredible vocals. A perfect warm up for tonight’s main set.

After a brief interval, there is no fanfare, no lights dipping (there is already moody lighting throughout the venue), a lone figure walks on stage dressed in a yellow hazmat suit and a playful “ooh there’s people here, I’m scared” moment occurs which is the signal for laughter from the audience as Newton takes off his mask and addresses the audience. A moment later, the suit is off, an acoustic guitar is picked up and the show begins.

Tonight however is not just about the music, it’s the celebration of being able to hold live music events again after a painful 14 months. The show tonight is compromised of a short 11 song set, but padded out to a full 90-minute show as Newton expertly navigates his way through and offers many anecdotes about certain songs or scenarios. Faulkner is a fantastic showman, but he is also a brilliant talker. He makes the intimate venue seem even more closer

by addressing everyone in the room and making everyone feel special. It is equally as about the audience being here than the artist themselves.

We get tales of how the pandemic has not only led to him becoming engaged, but also allowed him his first proper break since he started performing at the age of 14. This allowed him to not only take his time over his forthcoming new album ‘Interference (of Light)’ – scheduled for release 20th August via Battenberg Records – but also time to develop his skills with other instruments such as the bass and the drums. As a result, the newer songs sound fuller, beefier and a lot more rhythmic than previous releases.

Every song of the set tonight is a highlight. To watch Newton play the guitar is an absolute joy. The various techniques that he uses (which at one point he gives us a demonstration as a result of a story regarding a fan after a gig many years ago). The new tracks showcased; ‘Broken Record’, ‘Here Tonight’ and recent single ‘Four Leaf Clover’ are exceptional and stand up amongst the best songs of his career so far. The old classics; ‘Brick By Brick’, ‘I Need Something’, ‘Smoked Ice Cream’,

‘People Should Smile More’ and the beautiful ‘I Took It Out On You’ sound more powerful. His flawless cover of Massive Attack’s ‘Teardrop’ is a joy as he plays the acoustic guitar like a symphony orchestra, I don’t think there’s a single part of the instrument that isn’t tapped, knocked, strummed or held. Of course, it’s the song that broke his career in to the mainstream, ‘Dream Catch Me’ that causes the biggest singalong of the night though.

Tonight, there is no encore, and to be honest it isn’t needed. Before playing the final song, another new one ‘It’s Getting Late’, Newton thanks us again for being here and discusses again the importance of the grassroots venues that are so pivotal in an artists’ career. He makes sure every member off staff from the Security to the Bar Staff and the Sound and Lighting Engineers are given a “Thank You”. After the last note trails away, he bows to the audience and offers a wave goodbye before exiting the stage and disappearing in to the backstage area.

With his new album scheduled for August, Newton Faulkner will be doing a full UK Tour in the Autumn and if tonight was anything to go by, these shows are going to be incredible. If he is playing near you, I urge you to buy a ticket and get yourself down to them. A future National Treasure and an absolute gentleman.