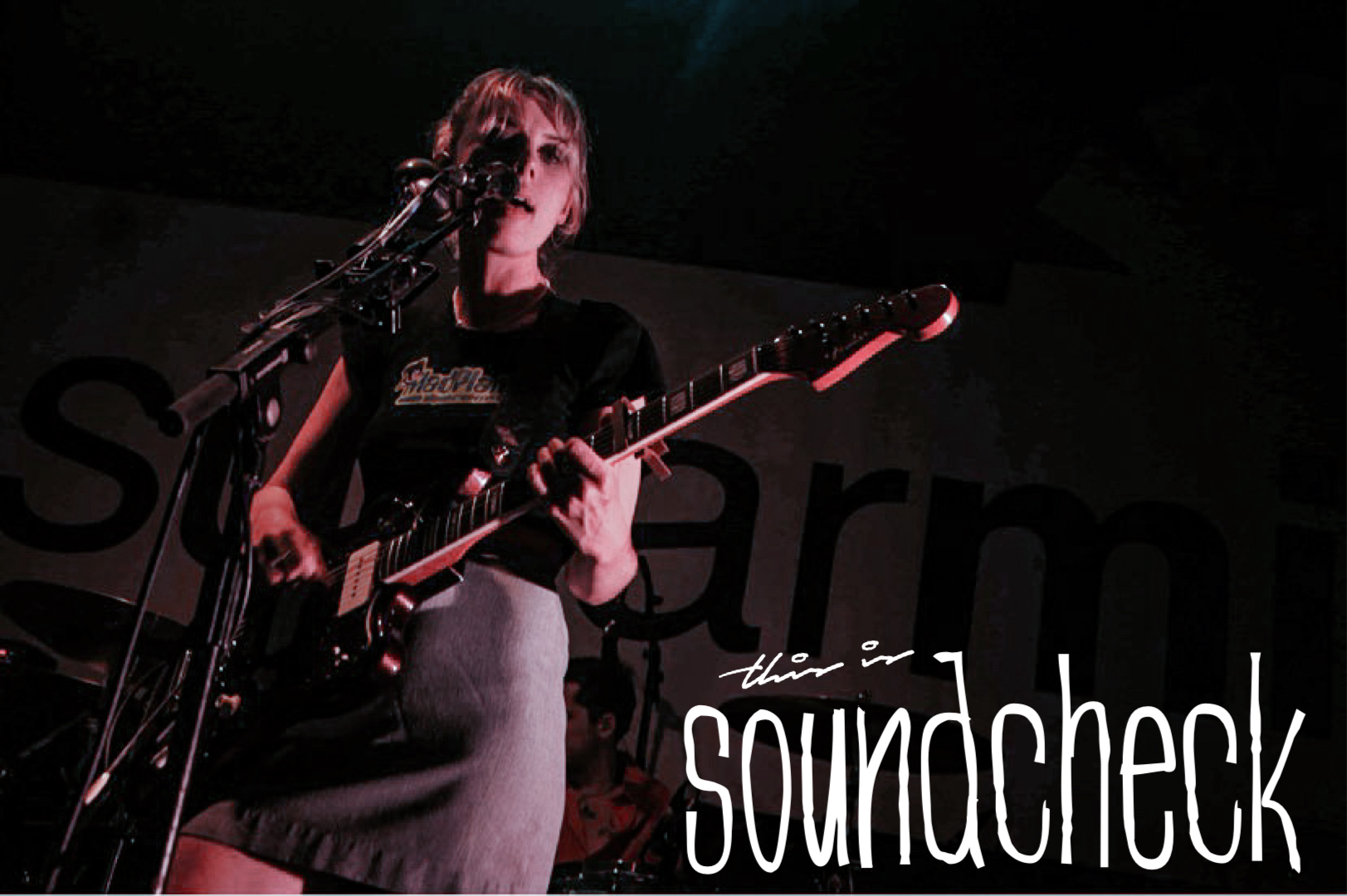 Every once in a while, a band comes along who shake up a genre and redefine it. Wolf Alice have done this with each of their three releases so far and always continue to develop. Tonight is a special night as they begin a short run of intimate dates across the UK as part of the National Lottery’s “Revive Live” dates, which are aiming to re-energise the live music scene after the pandemic.

Tonight is also extra special as it is the first time (and only time judging by the following dates – edit) the their recent album ‘Blue Weekend’ is performed in it’s entirety.

After a short and sweet acoustic set from Ellie’s brother Kevin Rowsell, the lights dip and Wolf Alice arrive on stage to a huge applause and cheers from the enthusiastic audience. Led by frontwoman Ellie Rowsell and backed on guitar by Joff Oddie, Bass by Theo Ellis and drums by Joel Amey, they are also joined on keyboards by Ryan Malcom formerly of label mates Superfood – they look every part the exceptional band they are.

Playing the album from start to finish in track order, you know what is coming next, but as they open with the official live debut of ‘The Beach’, you realise how special this is. Sounding note perfect from the album, it’s also raw and edgy as there is room for anything to affect it. Thankfully, it is pristine, just louder. ‘Delicious Things’ also gets it’s live debut and is breath taking in a live environment.

The set flows beautifully. ‘Lipstick On The Glass’, ‘Smile’ and ‘Safe From Heartbreak (If You Never Fall In Love)’ all played with energy and shows off Ellie’s stunning vocal range. By the time we arrive at ‘Play The Greatest Hits’ the audience is ready. The shortest but loudest and most energetic of the set, the audience are ready to mosh and lose their minds for a couple of minutes. The small compound of The Sugarmill is turned almost in to one giant trampoline as the track takes off and explodes to life.

‘The Last Man on Earth’ sees phone lights switched on in place of the classic lighter as it soothes along with suave and sophistication in it’s gorgeous mournful rhythm becoming hymn like. ‘No Hard Feelings’ sees Joff take on bass as him and Ellie croon their way through making way for the closing ‘The Beach II’. A rapturous applause comes from the audience as the band say their goodbyes and disappear from stage.

Returning a few moments later, they are ready to feed their hungry audience with more delights. Theo thanks us for coming and announces that he has never wished more to be a part of the audience but contractually tonight they are not allowed. The band re-awake and kick off with ‘Bros’ from their debut record ‘My Love Is Cool’ before sliding effortlessly in to ‘Formidable Cool’.

We get perfect versions of ‘Beautifully Unconventional’, ‘Moaning Lisa Smile’ and ‘Giant Peach’ which cause more energy from the audience and a huge circle pit that basically encompasses everyone in the tiny room. The final song tonight is ‘Don’t Delete The Kisses’ which has everyone swooning at Ellie’s incredible vocals. As the song fades out they bid us a final farewell and hope to see us on tour next year.

Those dates cannot come quick enough. Wolf Alice are simply a band of the moment. Often found these days headlining festivals and larger arenas, to see them up close and personal in such an intimate setting, performing a very special set is priceless.