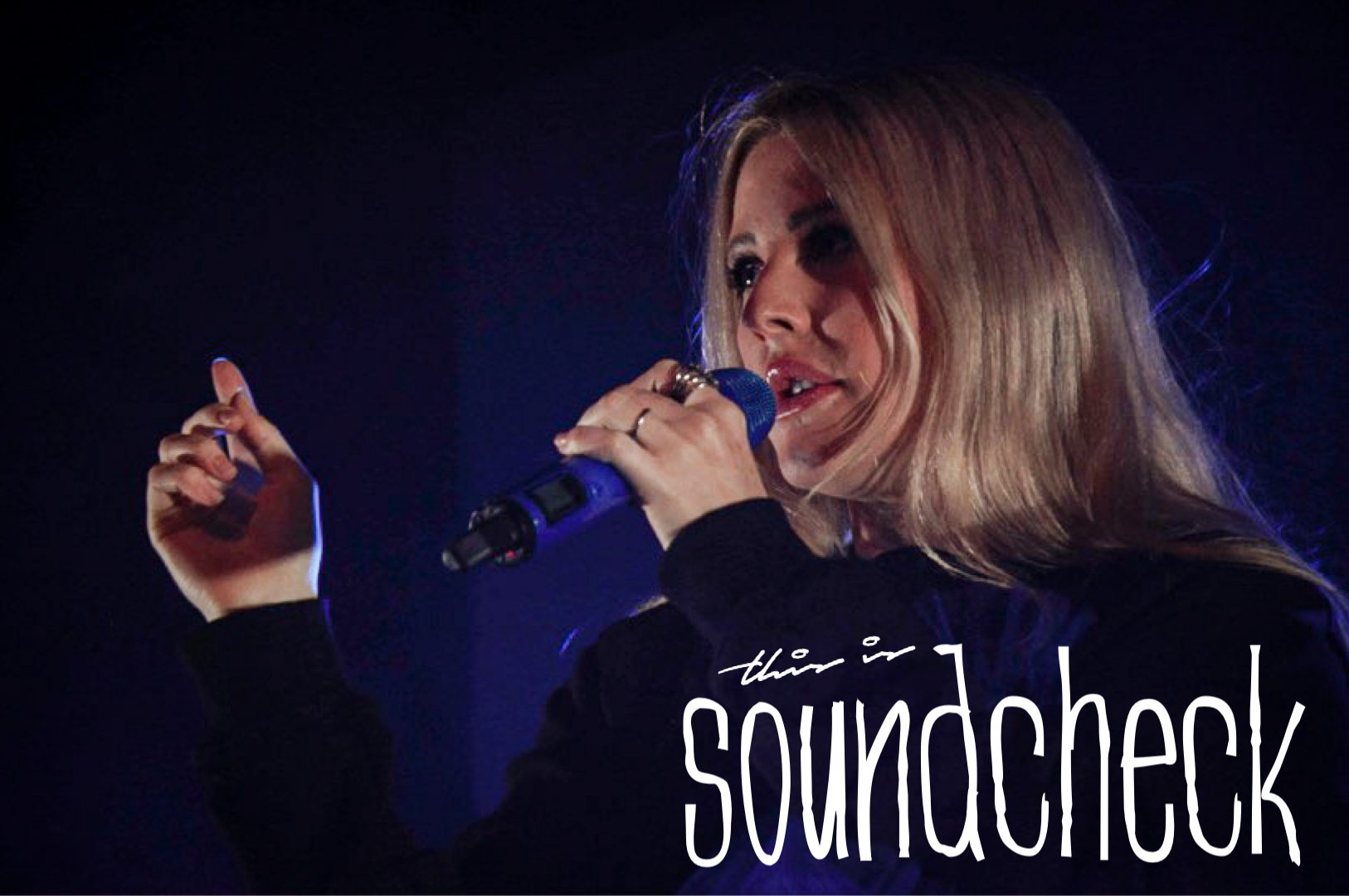 Opening up tonight is newcomer L Devine. Her brand of indie-pop riles the crowd up and she is warmly received. Flitting between prowling the stage and playing guitar, she mixes up her set and delights the early arrivers. First song ‘Girls Like Sex’ is filled with enough bop to get the room jumping along. ‘Boring People’ and ‘Don’t Say It’ immediately show depth in the young starlets’ songwriting. The final track ‘Die On The Dancefloor’ is an indie pop ash up that the likes of Joel Correy, Becky Hill and Deadmau5 would crave. The crowd are successfully warmed up.

Bang on 9pm, the lights in the auditorium dip and the crowd comes alive as the band arrive on stage in silhouette. A few moments later the band start the opening notes of ‘Start’ as Ellie arrives quietly on stage to excited screams from the audience. The song itself is very stop/start and Ellie slowly makes her way across the stage in time with the verse and choruses. By the end of the track she is fully centre stage and in full light.

Most of tonight’s set is made up of tracks from 2020’s ‘Brightest Blue’ and sit comfortably beside her back catalogue tracks. ‘Power’, ‘How Deep Is Too Deep’, ‘New Heights’ and the gorgeous ‘Flux’ immediately stand out in the live setting. We of course get a couple of her recent collaborations too; ‘Powerful’, ‘New Love’, ‘I Need Your Love’ and ‘Close To Me’ cause the room to shift tempo during the set.

‘Only You’ picks up the pace again, but it is her bigger hits that of course cause the mass singalongs and excitement from the audience. ‘Love Me Like You Do’ arrives two thirds of the way through the set, and the amazing ‘Anything Could Happen’ is the last song of the set, bringing with it a huge party atmosphere.

It doesn’t stop here. A few minutes later Ellie returns for an encore. Kicking off with ‘Lights’ from her 2010 debut record (originally not on the album, but later added as a bonus track). Cue the excitement from the crowd as the track drops its beats and explodes in to life. The final song tonight is her 2013 single ‘Burn’. Keeping the momentum going, she rips out a guitar solo as the song crescends in to an explosive finale.

Playing more intimate dates has done wonders for reaffirming her fanbase and could not have been a better reintroduction to the live arena after a few years away. Lets hope we don’t have to wait too long before she is back on the road.