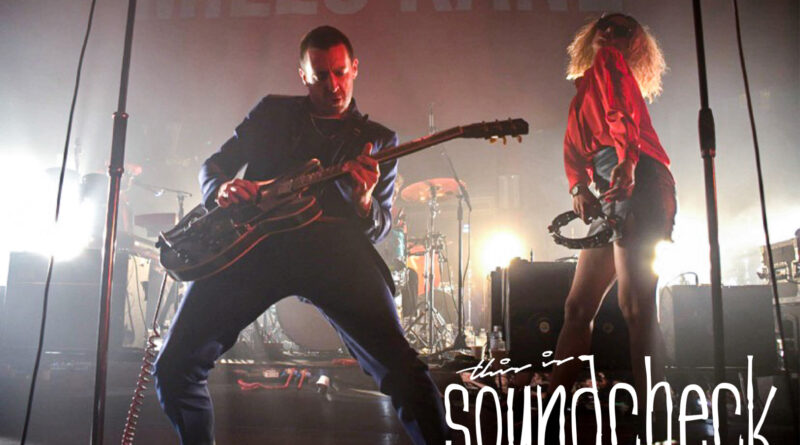 On a hot and sweaty Tuesday night, the atmosphere in Birmingham’s o2 Institute is relaxed and and feisty. The lad from Liverpool, former frontman of The Rascals and one half of The Last Shadow Puppets; Mile Kane is in town to promote his latest album ‘Change The Show’.

The night starts off in a jubilant manner with Brooke Combe providing a set of indie-pop bangers. She kicks off with ‘A-game’ and ‘Kiss Me When it’s Right’ before diving in to an energetically bouncy rendition of Arctic Monkeys’ ‘Why’d You Only Call Me When You’re High?’ which appears to win the audience over – especially considering the connection to the Monkeys.

‘Impress You’, ‘Heartache’ and ‘Over You’ show depth to the young stars’ songwriting. The final ‘Are You With Me?’ is almost a call out response as the audience take her under their wing and seem suitably impressed.

After the classic change over, the lights dip and a packed room roar to life as Miles Kane and his expertly professional band of musicians take the stage. They launch straight in to ‘Don’t Let It Get You Down’ from his aforementioned ‘Change The Show’ album. This segues straight in to a lively version of ‘Rearrange’. After a brief “Birmingham! How are ya?” we are straight in to ‘Cry On My Guitar’ which again meets the approval of the audience tonight.

Always a great live performer, tonight is no exception. Miles is full of energy and bounces around the stage like a man in his youth. We are given a surprise but very welcome version of The Beatles’ ‘Don’t Let Me Down’ which sees Kane crooning his way across the stage and does the song absolute justice. We also (of course) get two Last Shadow Puppets tracks in the set; ‘Aviation’ and ‘Standing Next To Me’. Both are treated with a swell of delight and sees huge singalongs from the rapturous crowd.

‘Change The Show’ is well represented tonight and shows off to it’s full extent the Northern Soul tinge that influenced the record.

The title track, ‘Never Get Tired of Dancing’, ‘Nothing’s Ever Gonna Be Good Enough’, ‘See Ya When I See Ya’ are all performed with gusto and greeted by the audience, but it’s the summery ‘Caroline’ that sees the biggest crowd participation from this collection.

Previous albums are of course represented fairly. ‘Coup de Grace’, ‘Loaded’, ‘Blame it On The Summertime’, ‘Colour of The Trap’ and ‘Inhaler’ see the audience go nuts. The latter being the main set closer tonight. The band of course return for an encore, and epic version of ‘Come Closer’ electrifies the room. It’s thumping bassline and perfect guitar lines encourage the audience to bounce wildly, and sees every member of the audience joining in with the chorus.

Always a class night out out, Miles Kane is becoming a bit of a National Treasure. He does something refreshing with his sound and performance that isn’t being seen in the mainstream very much. He encapsulates the era of the classic 60’s and 70’s alternative indie sounds, but puts his own spin on them. Hopefully we won’t be waiting another four years to see him in the Midlands Capital again.