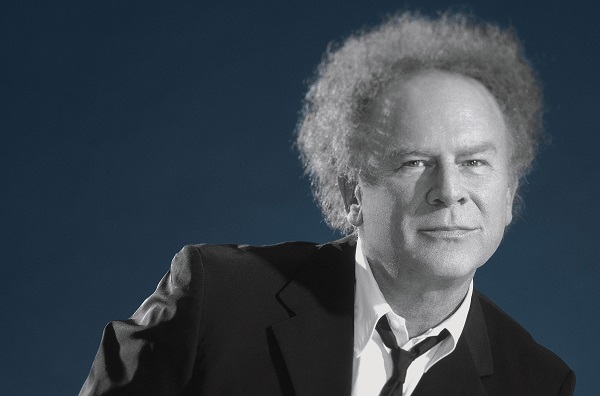 It will be fifty years next month since the initial release of Simon & Garfunkel’s debut album Wednesday Morning 3AM, and in that half-century it’s only become more apparent quite what the genius pair have managed to achieve throughout their illustrious careers.

Tonight it’s only one half of the duo at the New Alexandra Palace, with a relaxed Art Garfunkel coming on stage to the sounds of rapturous applause. The stage’s simple set-up, including just a small table and two chairs (one for his guitarist), illustrates just how intimate an evening with this living legend is.  He opens with a Billy Joel cover – ‘And So It Goes’, which, much like the remainder of the set, can only be described as faultless. He continues on to play a few classics of his earlier career, with ‘April Come She Will’’and ‘The Boxer’ leaving the audience totally mesmerised.

Between songs Garfunkel often reads from poems he’s written throughout his life. On topics ranging from dinners sitting opposite Al Pacino, to what (if given the chance) he would say to his nine year old self, to the one he wrote Paul Simon for his 70th birthday. Poetry has clearly been a major part of his life and when you’re as good as it as him, it’s not difficult to see why.

Approaching the interval Garfunkel plays a personal favourite of mine, ‘A Poem on the Underground Wall’ followed by perhaps his most famous solo release, 1979’s ‘Bright Eyes’. Both are clearly enjoyed by the audience and lead perfectly into a twenty minute breather.

Garfunkel (after a shirt change) re-emerges with his ever present smile and gets the show going again. He recommences with ‘Homeward Bound’, the opening lyrics “I’m sitting in the railway station” garnering noticeable excitement from the audience. Garfunkel continues to play songs from his rich back catalogue including ‘For Emily Wherever I May Find Her’, before which he states “Paul Simon enriched my life“, not the only compliment that he paid to his old school friend from Queens during the night.

Drawing the evening to a close, we hear an almost haunting, passionate performance of the ‘The Sound of Silence’ finishing with a fine diminuendo.  The effortlessly cool Garfunkel moves next to ‘Kathy’s Song’, stating that, of Paul Simon’s songs, “I love this song most of all’’. In what could be argued as one of the best 3 concluding songs in live history he finishes with ‘Bridge over Troubled Water’, which, unlike on the record, is played entirely on guitar but that doesn’t detract from its brilliance.

The crowd rises for a prolonged standing ovation, by which Garfunkel looks genuinely touched. He leaves the stage and the show is over. tTe man from New York has done what he’s been doing for half a century, offering a fantastic performance to adoring fans.