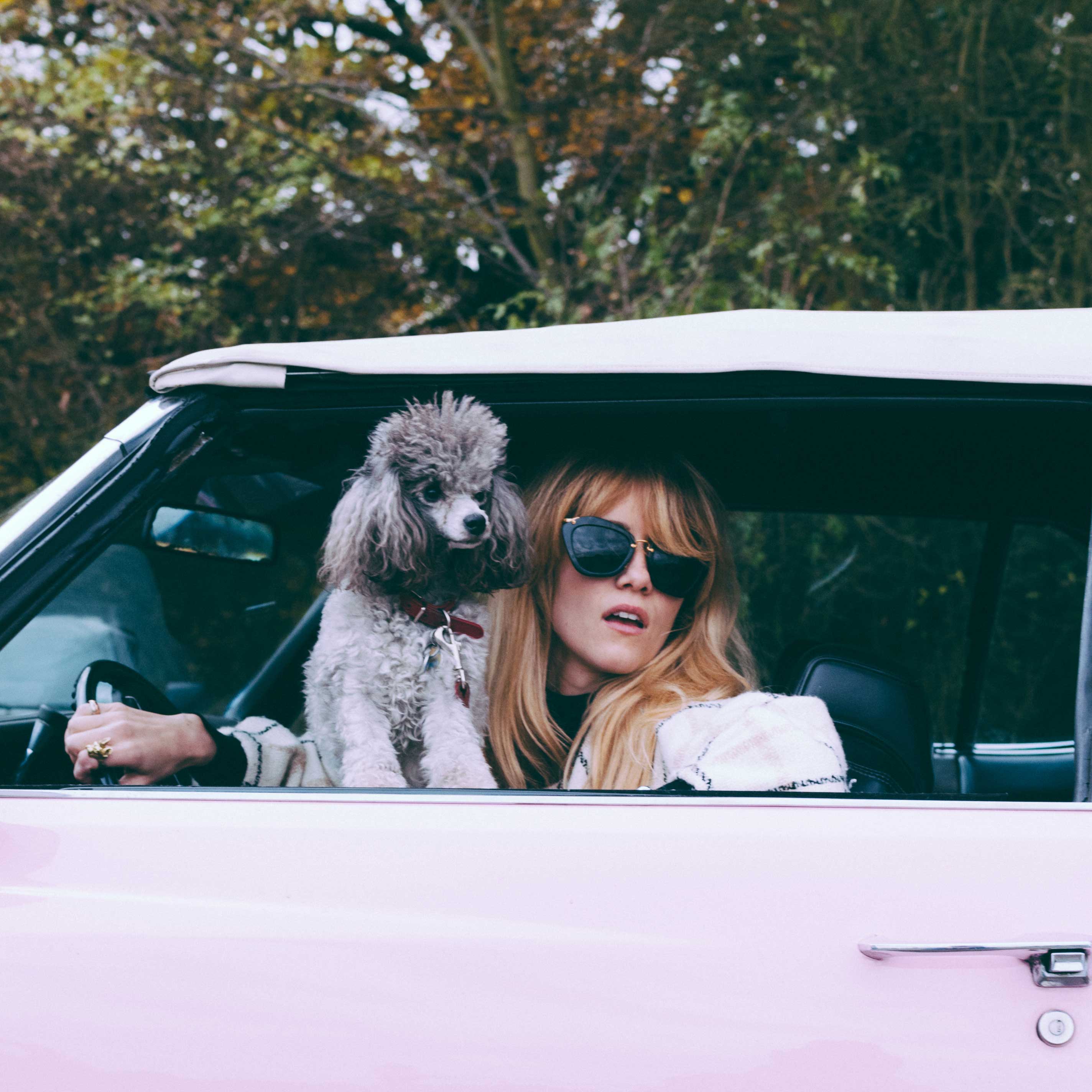 It so often seems to be the case that, when it comes to modern pop music, the talent that goes into writing the songs is rarely the same talent that ends up performing them. Perhaps it’s down to the prevalence of digital music distribution nowadays, or simply a dissatisfaction with this formulaic approach to how pop music should work, but now more than ever, those songwriters are stealing the spotlight for themselves.

Whinnie Williams is a perfect example. As a songwriter, she’s written for the likes of Madonna and Nicola Roberts, as well as co-writing the single ‘Smash’ with Martin Solveig. Not bad credits to have under your belt. Throw in a few stints as part of ultra-hip London DJ pairing Ooh La La, and the credentials for burgeoning pop royalty are already piling up.

Having spent the first part of her career going under the ‘Sunday Girl’ moniker (a reference to her weekend job working at a pet store), her upcoming Bad Girl EP marks the beginning of what should be a promising pop career under her own name(ish). We caught up with her during the run up to the EP’s release on 6th October to chat about vintage style, musical inspirations, and her canine-rescuing side-line.

SC: Do you remember the first moment that you knew you wanted a career in music? What was happening, and how did you know?
WW: I CONSTANTLY sing and whistle to my friends despair, so I think that’s how I know it’s the right job for me. It’s just how I express myself. It wasn’t until I got to about 17 that I was confident enough to sing in public. I had had a lot of jobs, but I remember the tipping point was a job as a receptionist. I hated it so much, and got sacked after 2 weeks for wearing 50’s high-waisted hot pants to work. After that I just wanted to be creative and work for myself, so I started a set design degree and worked with producers and song writers on my days off.
SC: Which artist (or even specific song) would you say had the biggest influence on you when you were growing up?
WW: I listened to a lot of Pop growing up and it still fascinates me. I think its like magic to write a massive pop song! My dad bombarded me with Elvis, and I was obsessed with Destinys Child, The cardigans, Peggy Lee, so influenced by lots of different artist really.
SC: Your musical and visual styles both draw heavily on vintage eras. What is it about that particular period that you find so inspirational?
WW: I’m inspired by a lot of women from the 60s/70s like Bridgette Bardot, Francios Hardy and Marianne Faithful, so I think that translates into my style. I also love using old samples on my mixtapes too. It feels like making a collage of sound. My videos are really inspired by Wes Anderson films too, and I guess he has a vintage style as well. I dont really ever wear vintage clothes though.  I just like to copy elements and make them current
SC: Your upcoming ‘Bad Girl’ EP will be your first official release as Whinnie Williams. How are you feeling about it?
WW: I’m really excited! I had the video ideas in my head for such a long time that it was great to get them out with help from my director friend Rob Francis Muller. I have been friends with the producers Future Cut for years, so it’s so nice to finally put music out there with them too. I’ve really enjoyed creating the EP artwork as well I just love making little worlds in every aspect from video to lyrics
SC: What would you say has been the highlight of your career so far?
WW: I’m really proud of my mixtapes. My producers sent me 10 tracks, and I had 3 weeks to write the songs, recording demos on my garage band! They are like my diary with a melody. Also my trip to LA this year …. I met Jay Z. Wheyyy.
SC: What’s the next achievement you hope to cross off your list?
WW: I would like to write a huge pop song and rescue loads of dogs.

Bad Girl, the debut EP from Whinnie Williams, is out October 6 via Night Beach in digital and limited edition 7″ vinyl.