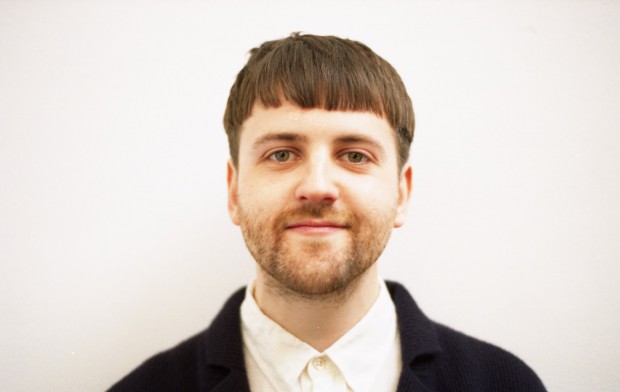 It’s hard enough to try and write music when you’re all in one room, so it’s pretty impressive that French/Scottish collaboration BABE have managed to pull together and produce an entire album from completely different countries. ‘Aerialist Barbette’ is the latest track to be previewed from their upcoming debùt, Volery Flighty. Since first hitting the airwaves way back in 2012, the track has been re-mastered in preparation for the album’s release, leaving a crisper, if no more melodic, song in its wake.

A mesmerising blend of reverberating, jazz-influenced guitars, haunting falsettos and carefully balanced electronics, the overall impression is of a free-flowing musical landscape, one that not so much escapes the need for verse or chorus, as completely reinvents them. Picking up a pacier, more rhythmic feel in its final third, it nonetheless retains a sense of spontaneity and unpredictability that leaves the listener unable to switch off as it builds to its final notes.

The band, fronted by Gerard Black (Francois and the Atlas Mountains), are based out of Glasgow and Bordeaux. A well-known part of the Glasgow music scene, they boast Lauren Mayberry as a former member (now lead singer with CHVRCHES), with her contributing vocals to this latest track. While not as melodic or accessible as their Glasgow compatriots, in ‘Aerialist Barbette’ Babe have produced an exciting, if oblique, piece of electronica. With five films also planned to accompany the release (funded at the band’s Kickstarter page), Volery Flightly may well be one of the most interesting releases this year.

Volery Flighty is out on March 10th via Moshi Moshi.