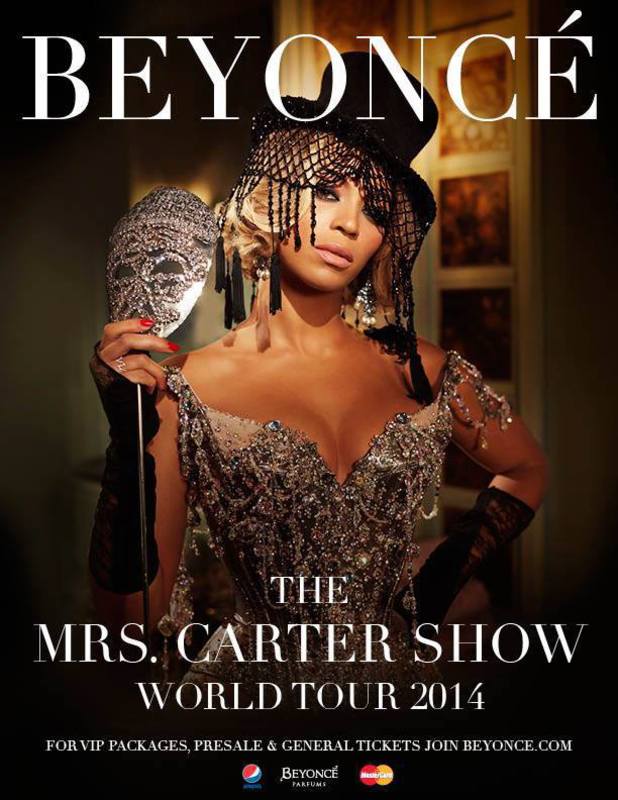 BEYONCÉ has announced a string of UK dates for February and March 2014. The ‘Mrs. Carter Tour’ includes a four-night stretch at the 02 Arena, London, and three nights at the 02, Dublin.

The singer, who is currently at work on her fifth album, recently released ‘God Made You Beautiful’ as a free download, accompanying her documentary, Life Is But A Dream.

Tickets go on sale Monday 16th December at 10AM. Full dates are below: