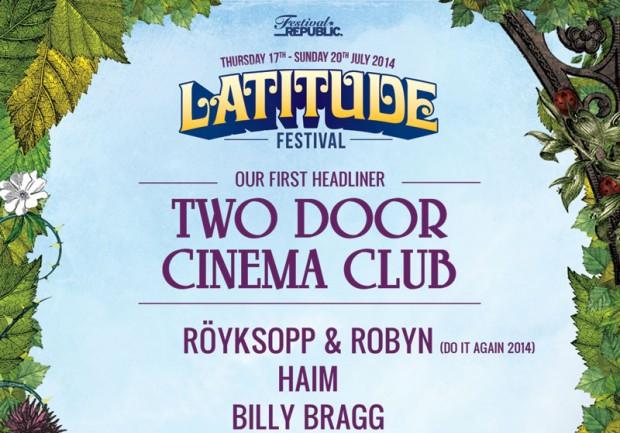 Latitude Festival have announced TWO DOOR CINEMA CLUB as their first headline act for 2014. Other acts confirmed across the line-up include HAIM, ANNA CALVI, BILLY BRAGG, GOAT, and ROYKSOPP & ROBYN.

The Festival, now in its ninth year, won the award for Best Line-up at this year’s UK Festival Awards.  They are now in the running for Best European Festival Line-up in the equivalent European ceremony. Last year’s headliners were Bloc Party, Kraftwerk and Foals, on a roster that also included the likes of Beach House, Disclosure, Alt-J and the Yeah Yeah Yeahs.

Weekend tickets are currently on sale, priced at £190.50