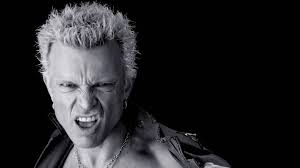 Rocker BILLY IDOL has announced three UK shows for November this year. The singer will be returning to the UK for the first time since he performed at 2010’s Download Festival in Donnington.

The shows in Birmingham, London and Manchester coincide with the release of Billy Idols first album since 2006’s Happy Holiday. The new release, Kings & Queens of the Underground is set for release in October this year.

Idol is best known for his 1982 track ‘White Wedding’; which reached the Top 10 in the UK.

Tickets for the shows will be available on 15 August at 9am.

Billy Idol is set to play: