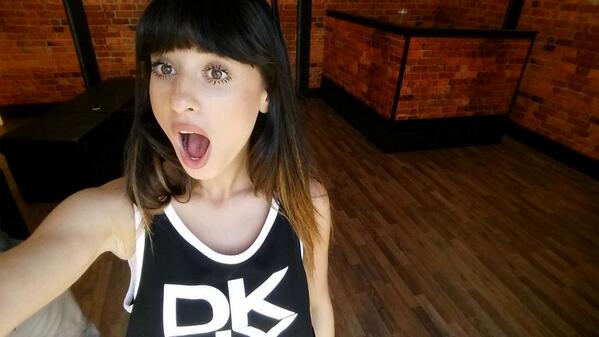 Backstage of T in the Park Festival; we caught up with Grammy Award winner FOXES about her worldwide album success; the new single; travelling the world and how she landed a role in BBC’s Doctor Who.

Soundcheck: Hello Foxes! Welcome to Kinross – What have you been up to recently?
Foxes: Hi! I’ve really been travelling the world – I’ve been in Australia then onto Tokyo – it’s been amazing to see the album do amazing things.

SC: You’ve got the album title track ‘Glorious’ out soon, are you looking forward to that experience and what are you ambitions for that single?
Foxes: I’m really excited; that single is really personal to me and its a song I’ve always had in my head that I wanted to release. It’s nice and bit a different to the other things I’ve released, it a bit more ‘ballady’ and more of an emotional track. I feel like it’s a nice time for me to put that track out.

SC: The track you featured on with Zedd [‘Clarity’] which was Grammy Award Winning, was a massive thing for you. It came out in the UK in between your own records, did you have much say in the timings things were released?
Foxes: It was Zedds track – so I didn’t have any say in it really. He wanted to re-release it in the UK as he didn’t think it got the recognition it got everywhere else. At the time, it didn’t feel like the right time so it was nice to be able to do that again.

SC: It’s obviously such a massive festival this weekend; are you able to stay around and check out any of the bands?
Foxes: I really wish I was!!! But I’m flying out to Sweden tonight, I get off stage and I’m going to do a gig and straight off to Sweden. I’m not going to see anyone and I know Rudimental are playing and Ella Eyre – loads of people.

SC: You’re going to be staring in the new series of Doctor Who?! How did that come about!?
Foxes: I know! It’s amazing! I love Doctor Who and I was doing a show in Liverpool and behind me was a Doctor Who Conference going on. Basically, I asked I could be taken around the back and have a look around. I was properly fangirling! I didn’t even realise I was talking to the producers about how much I loved it! A few weeks later I get a call; they were like, would you like to be in the show and do a song for the show? so I was like YES!

SC: Will that be a new song specially for the show?
Foxes: I don’t really know yet; it’s something I would normally do but its something that was nice and the right thing to get out of the comfort zone.