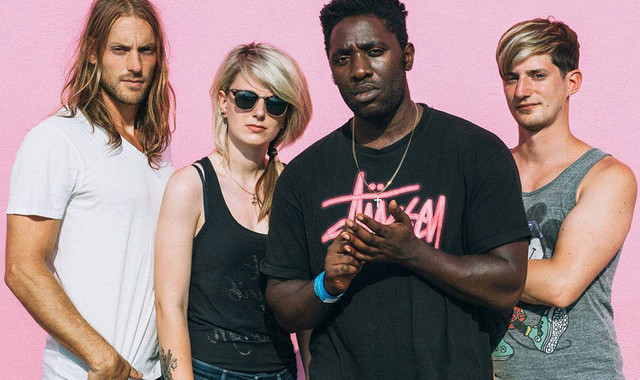 Bloc Party will headline next year’s NME Awards Tour 2016 with Austin, Texas, along with Drenge, Ratboy and Bugzy Malone.

The annual tour will begin in Cardiff on January 29th, stopping off in Southampton, Bristol, Nottingham, Newcastle, Glasgow, Manchester, Leeds, Cambridge and London before a final gig on February 12th at Birmingham’s O2 Academy. Scroll below to see the dates in full.

Tickets go on general sale at 9am on Friday (November 6th).

Bloc Party release new album ‘Hymns’ ahead of the tour dates. The album is released on January 29th and includes the single ‘The Love Within’.

The band recently unveiled their new line-up at two shows in the US during August, with bassist Justin Harris and drummer Louise Bartle joining the group in the place of the recently departed Gordon Moakes and Matt Tong.

Drenge will be touring in support of their recent second album ‘Undertow’, while up-and-comers Rat Boy and Manchester grime MC Bugzy Malone will complete the bill on all dates.

Mike Williams, editor-in-chief of NME, says of the news, “The line-up for the NME Awards Tour 2016 with Austin, Texas is amazing for UK music fans – where else next February could you see three of the most exciting, game-changing new artists around, as well as a bona fide festival headliner in such an intimate setting?”

Previous years have seen the likes of Arctic Monkeys, The Killers and Florence + The Machine and more embark on the NME Awards Tour.

The NME Awards Tour with Austin, Texas dates are as follows: