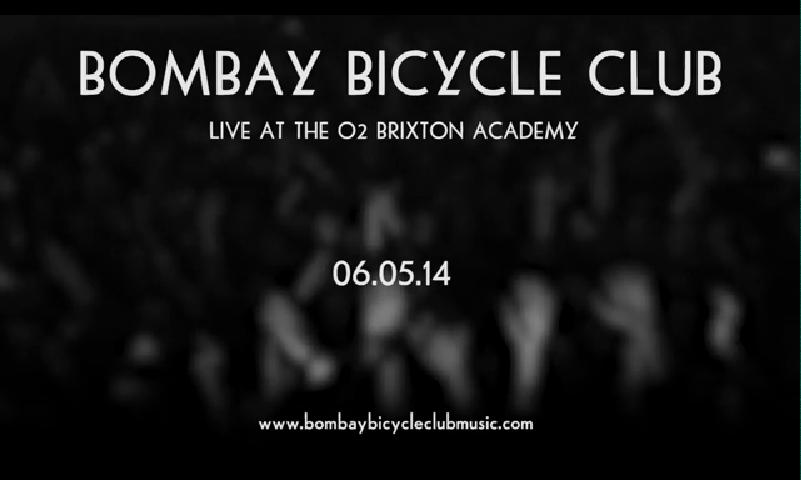 BOMBAY BICYCLE CLUB are set to release the full video of their Brixton Academy show next week. The show; which was recorded on 13 March at the iconic London venue will be available for free via the bands official website from 06 May. As a teaser, the band have released a 33 second preview to the material, which can be viewed here now.

Bombay Bicycle Club have played the Brixton Academy before; opening for The Maccabees on the NME Awards Tour in 2010; however, with the release of their forth release So Long, See You Tomorrow, the bands’ first chart topping album – Bombay Bicycle Club teamed up with LoveLive to record the show in full.

[quote style=’1′ cite=”]There have been a few standout gigs we’ve played in the past that we look back on and wish we’d recorded at the time. We didn’t want this opportunity to slip by again, so we got together with the great people at LoveLive and recorded our whole Brixton Academy show which took place on March 13th. You’ll be able to watch the set here http://bombaybicycleclubmusic.com/from May 6th. Until then you can watch a 33 second teaser using the same link to whet your appetite.[/quote]

The band are currently on tour in America and are set to return back to the UK for a series of high profile festival dates including T In the Park and Latitude Festival; with a huge slot at Reading and Leeds Festival rounding out the summer.