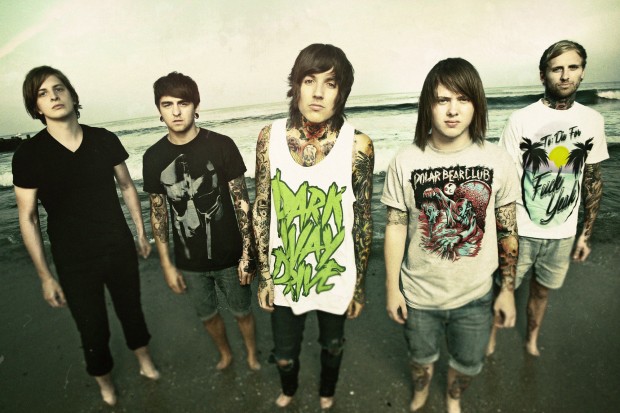 Hot on the heels of an incredible summer of touring the USA on Vans Warped Tour and ahead of main stage performances at Reading and Leeds this weekend, Britain’s most exciting alternative rock band, Bring Me The Horizon, have announced UK dates this October/November in Glasgow, Newcastle, Birmingham, Manchester and London.

The band’s new single, to be taken from the critically acclaimed album, Sempiternal, will be “Can You Feel My Heart.” The song will be released via RCA Records on October 6th

Their new video, shot in LA recently, can be viewed on VEVO here:

Sempiternal made an instant impression when it was released earlier this year. Although leaking over a month in advance of its release date it still charted #3 in the official charts here in the UK. The record also continues to enjoy international success. After charting #11 on the Billboard 200 in the US it still remains in the charts 18 weeks onwards. The album also went straight in at #1 in Australia.

Catch one of Britain’s most exhilarating live bands when they tour the UK later this year. Dates below:

Tickets go on-sale 10am on Friday 30th August priced at £17.50 Regionally/ £18.50 London (subject to per-ticket charge plus order processing fee) and are available from www.livenation.co.uk or www.ticketmaster.co.uk