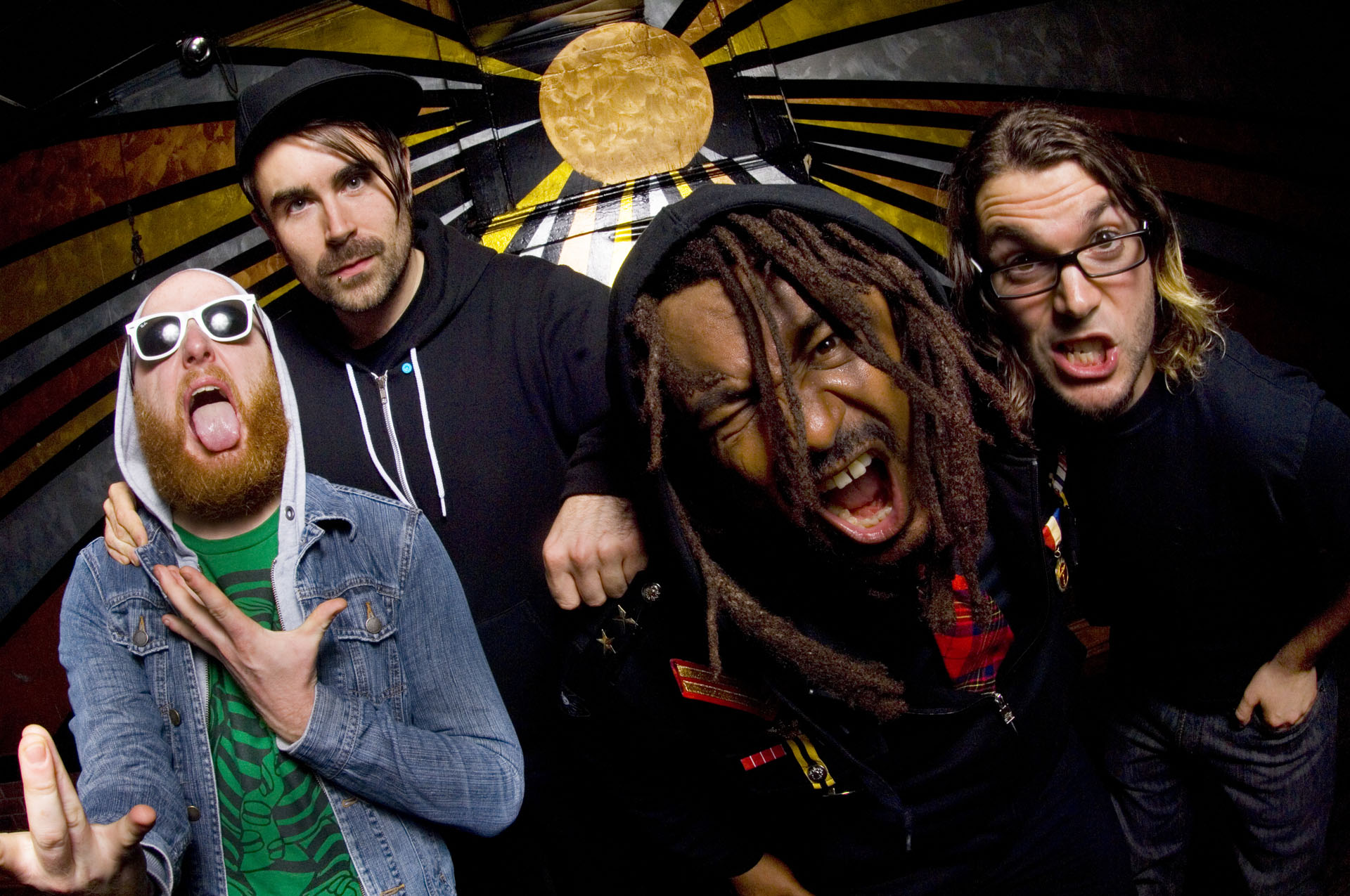 British Ragga Metallers Skindred launch their campaign for their much anticipated new album “Kill the Power” on DoubleCross Records with the announcement of a full UK Tour with Special U.S. Guests Chicago’s SOil & L.A.s Viza.

Skindreds drummer Arya Goggin says “We always pride ourselves on having great guests on our tours and we are really excited to have SOiL as our main special guests on our Kill the Power UK Tour especially with Ryan back in the lineup. They are great friends and absolutely slay it live so we can’t wait to party with them. We are also extremely pleased to have LA band Viza also join the tour and bring some of their unique energetic gypsy punk metal madness to the proceedings. Bring it on!”

With over 500,000 albums sold, fourpiece Skindred are one of the UK’s best live bands – regularly headlining festival stages from Bogota to Bosnia and beyond… This year the band will play to audiences of over 2 million. They are also set to make their Reading/Leeds festival debut on the mainstage in August 2013 with their unique blend of rock, metal, reggae, roots and dub. Skindred will release their eagerly awaited new studio album, “Kill The Power”, in early 2014.

UK tour dates with Soil and Viza are as follows:

Skindred tickets go on-sale 9am on Tuesday 27th August priced at £17.50 regionally and £18.50 for London (subject to per-ticket charge plus order processing fee) and are available from www.livenation.co.uk or www.ticketmaster.co.uk