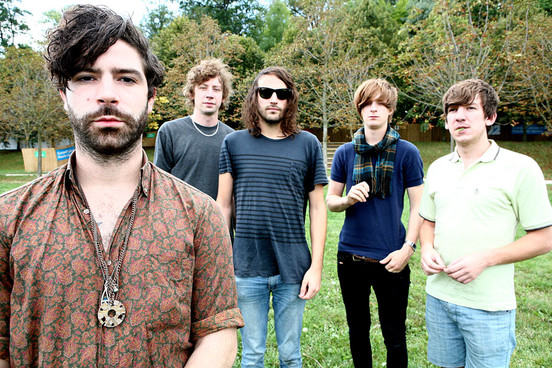 Indie rock band Foals have announced a UK and Ireland tour to take place in February 2014. The 6 date tour includes a show at Birmingham’s O2 Academy on February 11th, and ends at London’s iconic Alexandra Palace on 14th.

The announcement comes ahead of the band’s main stage performances at Reading and Leeds festival this weekend, after earlier this month Reading & Leeds boss Melvin Benn tipped them as potential future headliners. It’s been a busy year for the five-piece since the release of third studio album Holy Fire in February, playing a host of gigs and festivals worldwide including a headline set at Latitude festival in July.

Confirmed to support Foals on the tour are American rockers Cage The Elephant.

Tickets go on sale at 9am next Friday (August 30) from all usual ticket outlets.