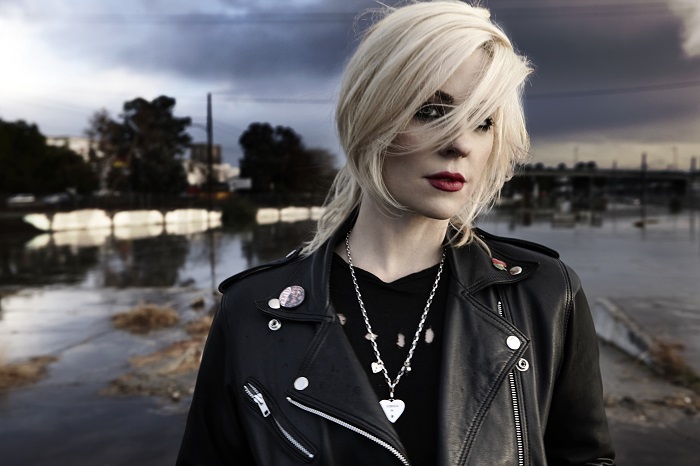 Former Distillers front-woman BRODY DALLE has announced that her debut solo album Diploid Love will be released on 28th April. The Australian-born singer will embark on a full UK tour in the run-up to the album’s release, as well as playing a one-off show at the Hoxton Bar & Grill on February 24th.

Dalle has already made centre-piece track ‘Meet the Foetus/ Oh the Joy’ available online. The song, which features Garbage’s Shirley Manson and Warpaint’s Emily Kokal on backing vocals, is a punk-at-heart but irrepressibly catchy blend of pop-influenced melodies and industrial beats, before transforming into an all-out  strum fest, with gang vocals jumping to the fore.

Almost all of the instruments on the album were written and played by Dalle herself, but other high-profile collaborators on the album include Nick Valensi (The Strokes), Michael Shuman (QOTSA) and Hayden Scott (AWOLNATION). Co-producing the album with Alain Johannes (Arctic Monkeys, Them Crooked Vultures), she says:

[quote style=’1′ cite=”]“I’ve always had a hand in crafting how it’s going to sound and hearing it and trying to make that happen. But it’s the first time I’ve put my name on something for production”[/quote]