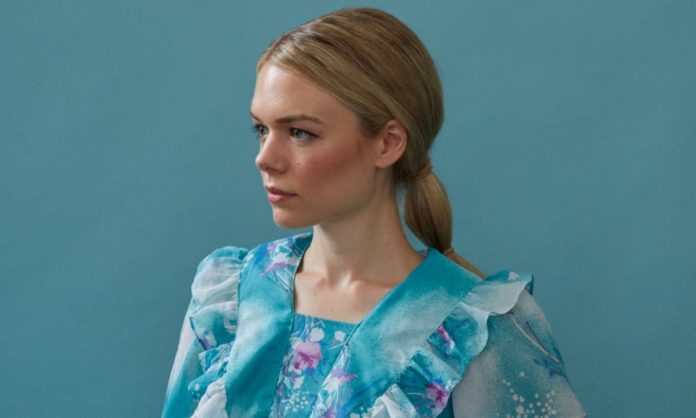 Chloe Foy has shared the title-track from her soon to be released debut album, ‘Where Shall We Begin’. Check the lyric video out below.

Arriving 11th June, the album closes the chapter on a formative period for the Gloucestershire-via-Manchester songwriter. After losing her father to depression, Foy embarked on a ten-year-period where she followed her career path tirelessly whilst also dealing with the internal and external fallout from losing an influential figure so young.

The title-track is a microcosm of what makes Foy so special. It begins pensively with Foy’s poetry-like lyricism taking centre stage, before swelling into a hair-raising, choral harmony that gleams blindingly and brilliantly bright.

“This song is about the moment that the complexity of life dawns on you. When you lose people you love, you realise life isn’t what you hoped or expected it to be and feel quite betrayed by that. However, it’s also a nod to those who are around to comfort us and who bring us round to the idea that maybe it’ll be ok”.

The new single is coupled with the announcement of a UK Tour this Autumn, which will see Foy taking in a total of 15 Dates throughout October. With tickets on sale now, catch her at the following venues:

Tickets on sale at: https://www.chloefoy.com/live

Chloe first started to attract attention as far back as 2013 when her debut single ‘In The Middle of the Night’ was picked up by BBC Radio 6 and Radio 2. Follow-up singles, ‘Flaws’ and ‘Asylum’, brought huge streaming success – the latter is approaching 8.5 millon Spotify plays – and festival appearances followed soon after – SXSW in 2018, Greenman and Cambridge Folk Festival in 2019.

‘Where Shall We Begin’ is the sound of someone who has spent years working away, content to only unleash their first full body of work when they, as an artist, were at their most complete.