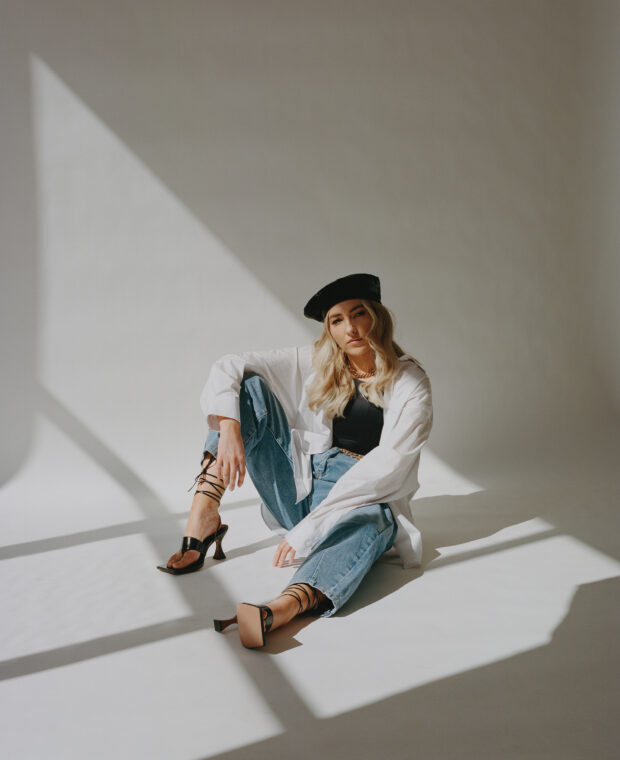 Taking cues from RnB, soul and modern-pop, Scottish pop newcomer Hannah Slavin shares her first single of 2021, ‘I Don’t Have A Clue’. Check the audio video below.

Occupying a space somewhere in the middle of Sigrid & LOVA meets Baby Queen & ELIO,  Hannah may have already made a name for herself as the winner of BBC One’s Pitch Battle, where she performed alongside Will Young and Kelis; but it’s her anthemic-tendencies and lyrical ability to capture the feelings of an entire generation which are set to see her soar.

Tipped by BBC Introducing as one of their ‘Ones To Watch’ in 2020, the rising star has supported the likes of Mae Muller and Lauran Hibberd, played festival slots at Dot to Dot Festival and Belladrum Festival and garnered acclaim from names like Wonderland and Earmilk.

Primed to build on the success of 2020’s ‘I Don’t Give A F*** About You’ and ‘Mac & Cheese’, ‘I Don’t Have A Clue’, released on 19th May finds Hannah lost amongst her own thoughts and struggling to find a purpose in life.

Produced by Benjamin Casey, ‘I Don’t Have A Clue’ combines Hannah’s varied influences from the worlds of RnB, soul and modern-pop into a sassy, confidence-fuelled anthem – making for her strongest and most addictive release to date; of which she explains:

“’I Don’t Have A Clue’ was written during the height of lockdown where every day felt like Groundhog Day and I was questioning what I was doing with my life. I think when you spend a huge amount of time alone and in your own head, you can very quickly start to question everything about yourself and suddenly you’re trapped in this negative spiral. I guess this song just explores those different emotions I went through throughout lockdown, but to be honest I think the truth is that everybody else doesn’t have a clue either.”