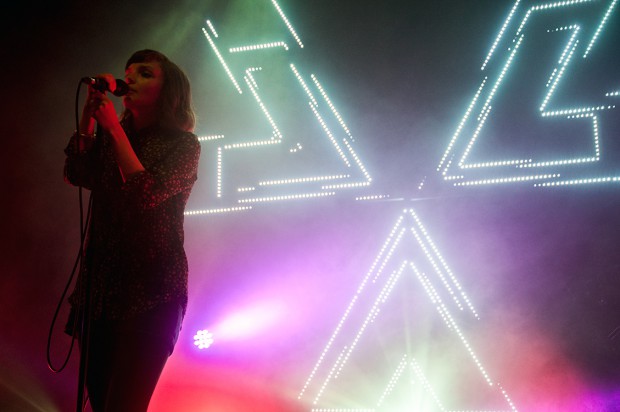 Scottish trio CHVRCHES have released details of a five date UK tour set for later this Autumn. The group, who released their debut album The Bones Of What You Believe last year will round out year with shows in Bristol, Liverpool, Glasgow, Edinburgh and Manchester.

“It’s been a crazy 18 months of tours, a debut album,festivals and everything in between so it feels fitting that we’re doing a final UK tour before wrapping up The Bones Of What You Believe campaign and heading back to the studio to start work on album No.2

Chvrches played a full UK tour earlier this year; which included a show at the  Birmingham Institute – you can read our review here.

Tickets for the newly announced dates will go onsale Friday 15 August at 9am.

Chvrches are set to play: