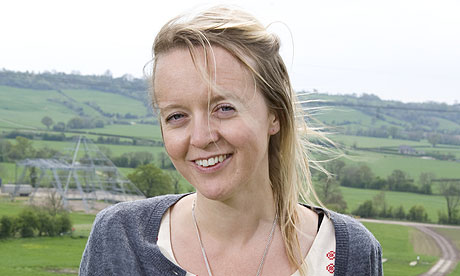 GLASTONBURY FESTIVAL organiser EMILY EAVIS has told BBC 6Music the festival can’t announce their Saturday night headliner because of ‘contractual reason’. She also told the station that the rest of the line-up will be announced in May.

The festival; held at Worthy Farm, has announced the initial line-up of over 80 bands including Kasabian as Sunday night headliner, joining already confirmed Arcade Fire at topping the bill. Other bands announced including Kodaline, Manic Street Preachers and Jack White, playing a UK festival exclusive on the Pyramid Stage. Find out more about the line-up here.

[quote style=’1′ cite=”]We can’t give you that yet. We’re under… It’s just for contractual reasons, but it’ll be with you soon. We’ve got it all booked, it was all confirmed a couple of weeks ago. It’s purely that we can’t give it to you yet. The full line-up, the thousands and thousands of acts playing across the hundreds of stages, will be with you in May. This is just 80 or 90 bands, a few hand picked to give you a taster.[/quote]

Glastonbury Festival has already sold out it ticket allocation earlier this year. However, the festival will be releasing the re-sale tickets (those returned after the final payments have not been paid) will be available at the end of April.