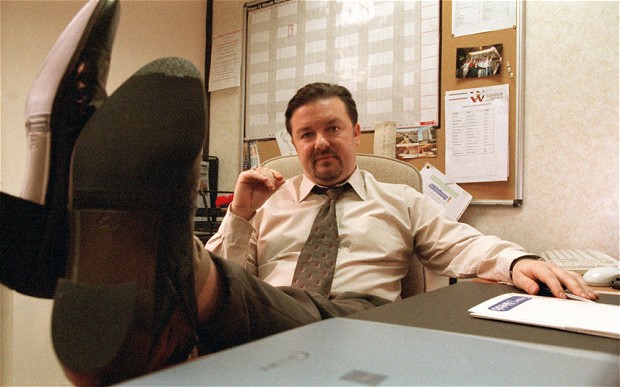 RICKY GERVAIS has announced two UK shows under his comedy double DAVID BRENT. The comedian, best known for his role in The Office is set to play Oxford and London in May.

The star; who made his live debut last year, will be backed again by his band ‘The Foregone Conclusion’, which contained ex-Razorlight drummer Andy Burrows at the shows last year – it has not yet been confirmed if Burrows will be joining for the new tour dates.

More tour dates are expected; with Gervais saying earlier this year he expects to be on the road in June.

David Brent and the Foregone Conclusion are set to play: