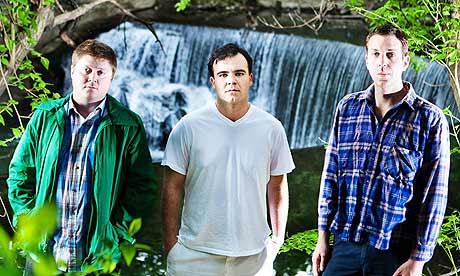 Maryland post-wavers FUTURE ISLAND have released the visually creative video for ‘A Dream of You and Me’. The track is taken from their upcoming forth album, Singles which is due out 24 March.

The band are following up from 2011s On The Water with the new album and an accompanying tour, with the group playing headline shows in London, Manchester and then The Great Escape Festival in Brighton.

You can watch the video for ‘A Dream of You an Me’ above.

Future Island are set to play: