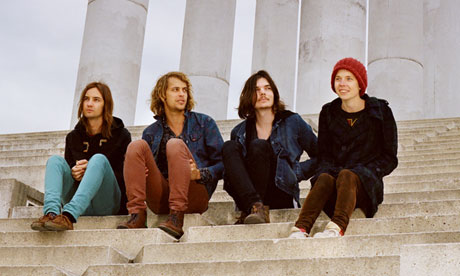 Australian rockers TAME IMPALA have announced a new UK tour for July. Already announced as support for Arctic Monkeys outdoor show at Finsbury Park in London, they have announced headline dates in Manchester, Nottingham and Manchester.

The band are also set to perform at this years T in the Park Festival and Latitude, with more festival shows expected to be announced over the coming months. They are currently working on the follow up to 2012’s Lonerism album which is expected later this year.

Tame Impala are set to play: