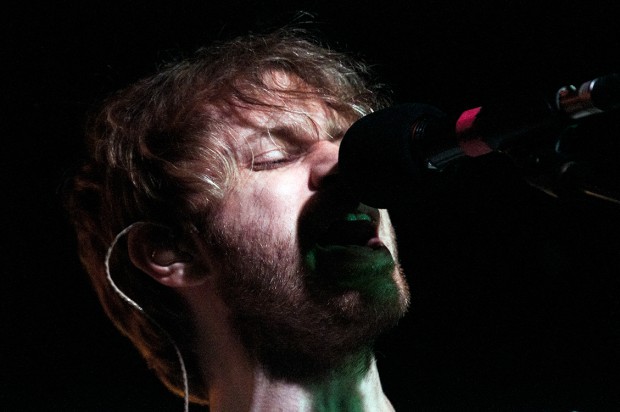 Bizarre to think that it has been 10 years since Southampton’s Delays released their highly acclaimed debut album ‘Faded Seaside Glamour’. Tonight sees the band on a tour to celebrate this achievement by performing the album from start to finish along with some further hits thrown in for good measure.

Opening the night’s proceedings tonight are local group The Rescue Blues from Brewood. Their set is peppered with references to the sounds of the 1960’s and even hints of early glam rock. Seemingly in awe of being able to support one of their inspirations, they seem confident despite admitting a few nerves. A very short set is complimented by the audience’s appreciation.

As Delays take to the stage, there is a great atmosphere in the room. Arms aloft, frontman Greg Gilbert addresses the audience with a simple “Good evening Wolverhampton, we are Delays” as the calypso feel opening of ‘Wanderlust’ bursts into a jangly guitar and sample laden groove haven.

Seeing this album perfomred from start to end reminds you of what an absolute gem this still is. ‘Nearer Than Heaven’ with it’s classic “threw your Lego in the lake, what d’you wanna go do that for?” line is still priceless and does not sound dated in the slightest. Tracks like ‘No Ending’, ‘Bedroom Scene’ and ‘Satellites Lost’ glimmer in the spotlight. Some of these songs have not been played for years and sound revitalised and refreshed. The opening bassline to ‘Stay Where You Are’ thunders around the room like nobody’s business as Colin Fox stands looking effortlessly cool in the process.

‘Hey Girl’ sounds as summery as it always has, recalling the era of the Beach Boys in it’s style. Greg’s falsetto vocals remain distinctive and impressive after all these years. His ability to switch between the high notes and his regular tones in a simple breath still amaze. A final highlight comes as ‘One Night Away’ tears across the room. There is a mosh pit of bouncing fans young and old going from the front barrier right to the back of the room. As it segues into the closing ‘On’, you want to reach for the “repeat” button and play the album again… however, in this situation, that is evidently impossible.

The band walk off and return moments later having not made it past the steps off the stage. There is a loud roar of approval as they return to the stage. Having just performed their masterpiece in full, now we are to be reminded of why Delays are a very underrated band. ‘Hideaway’ starts with a wonderful upbeat drum loop from Rowley before Greg’s jangly guitar line kicks in. ‘Lost In A Melody’ reminds everyone of their more dance orientated dabblings and how wonderful the missing track from ‘Faded Seaside Glamour’ was.

Next we get a treat as Greg’s brother Aaron takes over lead vocal duties for the sublime slice of pop that is ‘In Brilliant Sunshine’. The master of the sampled beat nails his lead despite being shy in doing so. The encore ends with a heavy version of ‘You & Me’ and a final rousing electronic version of ‘Valentine’ which breaks out in to a dancefest.

Tonight was a trip down memory lane for not only the fans, but the band themselves. They seem incredibly humbled by the support for hearing the album in full and announce that they will be back with new material later in the year. This underrated band tonight proved why they were hailed as masters. Their confidence is back, undeterred, this is only the beginning.