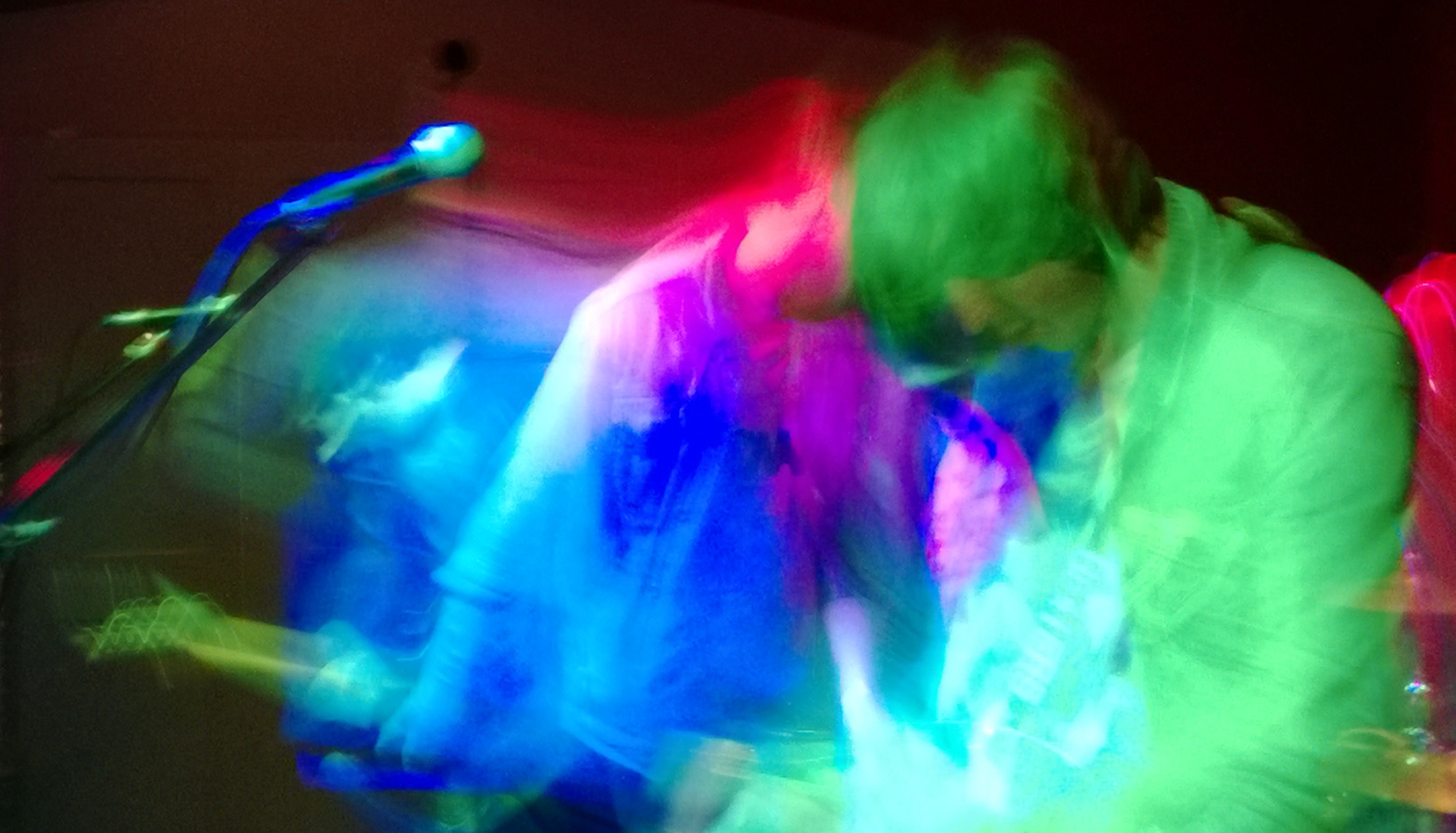 In a smallish room above a pub in central Birmingham, an empty stage is waiting to be filled. In the bar below, a bustling post-work, pre-club crowd has filled every vacant table, every inch of standing room. Many are completely oblivious to the gig that will be taking place over their heads in a few hours’ time, but give it a year or two, and most will be kicking themselves at having missed out.

East London’s DEXTERS may not yet be a household name, but their brash, vibrant blend of rock and pop sensibilities isn’t the kind of thing that slips under the radar for very long. With an accomplished debut under their belts, they have the tunes to back up the confidence, making it hard to believe they’ll be frequenting these kinds of venues for much longer.

As the support acts work their way through the night’s opening sets (including an excellent display by local boys The Circles), the room gradually begins to fill. By the time the headline act make their way unassumingly onto the stage, however, a substantial crowd has gathered. Picking up their instruments, the band launch straight into their 40-minute set with rousing album opener ‘Cloudfest’, as Tom Rowlett leaps up to join them.

What follows is a set as sticky and sweaty as the old-style carpets that cover the stage. Rowlett, Heggie (guitar/ BV), Debo (guitar) and Harris (bass) bounce off each other like balls in a pin-ball machine, their relentless energy barely contained by the small platform they occupy (and, at some points, don’t occupy, as Rowlett leaves that stage and mucks in with the crowd themselves), with Chris Mardon’s weighty drum beats providing a strong rhythmic counterpoint to their restless enthusiasm.

Some dodgy sound mixing aside, their performance is spot on. Singles like ‘Start to Run’ and, of course, the Strokes-esque ‘Recover’, have the front few rows dancing, jumping, and generally throwing themselves about, while slower tracks like album title track ‘Shimmer Gold’ have them nodding appreciatively along. The excellent ‘Can’t Sleep’, with its Vampire Weekend-esque guitar wrangling, is a real highlight, its energy and anthemic chorus sweeping everyone in the room along for the ride.

As the final notes of set closer ‘Oceans’ ring out, a wave of applause rolls through the crowd. It’s clear by the brisk trade going on at the merch table that they’ve won over a few new fans tonight, and it’s not difficult to see why. Brash, fun, and full of life, it was the kind of set that perfectly introduces their youthful and exuberant brand of rock. Catch them while you can.