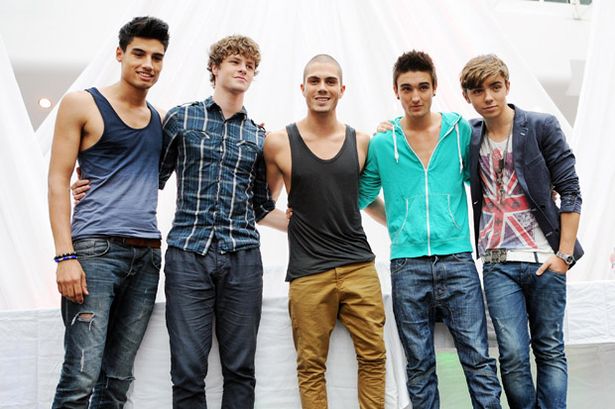 With a hiatus announced following the conclusion of this tour, The Wanted aimed to pull out all the stops with a great trio of acts aimed to ‘make the girls scream’. Elyar Fox, The Vamps and the headline acts were all aiming to woo the high-pitched crowd with their 14 Top 20 singles between them (and Elyar Fox and The Vamps are apparently ‘new to the game’…).

18 year old newbie Elyar Fox opened proceedings in the vast arena venue. Playing with his three piece band Elyars’ cover of Clean Bandits ‘Rather Be’ stood out from his short set. With the main-stage packed full of equipment for the later bands, Elyar was resigned to the spit of the stage that goes into the crowd. That wasn’t necessarily an issue for those swamped in front of it; as his Top 10 hit of ‘Do It All Over Again’ was screamed back by the crowd. His appearance, staging and mannerisms are very clean, crisp and tidy; with his appeal successfully attracting the younger audience.

By contrast, The Vamps rough and ready ‘teen-boyband’ energetically bounced onto the stage at the LG Arena with huge applause. Already announced to play the NIA in Birmingham later this year for their own headline show, this pre-album warm-up was a great promotional run for what lies ahead. With two Top 10 Singles under their belts already; with set highlights being ‘Can We Dance’ and ‘Wildheart’; the bands enthusiasm ensured the set was high energy. Ending the set with their now trademark cover of Simon and Garfunkel’s ‘Cecilia’, there will be surely be a huge sales uplift for their later date based on their performance – and so it should.

It was The Wanted who were the main attraction for the evening though and the evening was opened with a giant screen in front of the stage with the members projections silhouetted onto it. ‘Gold Forever’ received huge applause right from the off, as each of the member took their turn to sing – the screams seemed to get louder and louder. The screen dropped revealing the quartet, plus their four piece band on a huge stage set up.

Whilst the show was heavily choreographed, the set was full of excellent vocals from all four members. The first moment of the evening was the bands 2011 hit ‘Lightning’, from Battleground; the track had everyone inside the LG Arena on their feet and singing along. The show was packed full of hits; spanning their five year career; with two video highlight sections which showed the members discuss all their favourite times as a band whilst the band changed outfits for the various sections of the show. The videos on the two giant screens either side of the stage were applauded by the crowd, who seem more than fans with the band.

The trio of hits; ‘Show Me Love (America)’, ‘Heart Vacancy’ and ‘Walks Like Rihanna’ were the most well received of the evening with a selection of fire and smoke cannons on stage warming up the crowd who were singing (and screaming) back every word. The band left the stage to huge applause, only to shortly return for debut single ‘All Time Low’ and their biggest single ‘Glad You Came’.

It’s always a shame to see bands take a break, especially from a UK boy-band who have been so successful both in the UK and overseas. This tour didn’t feel like the final farewell (remember that JLS one a few months back?) however it did seem like the band were coming to and end. However, in the interim until their return; the UK still have The Vamps to push as the next huge boy-band.