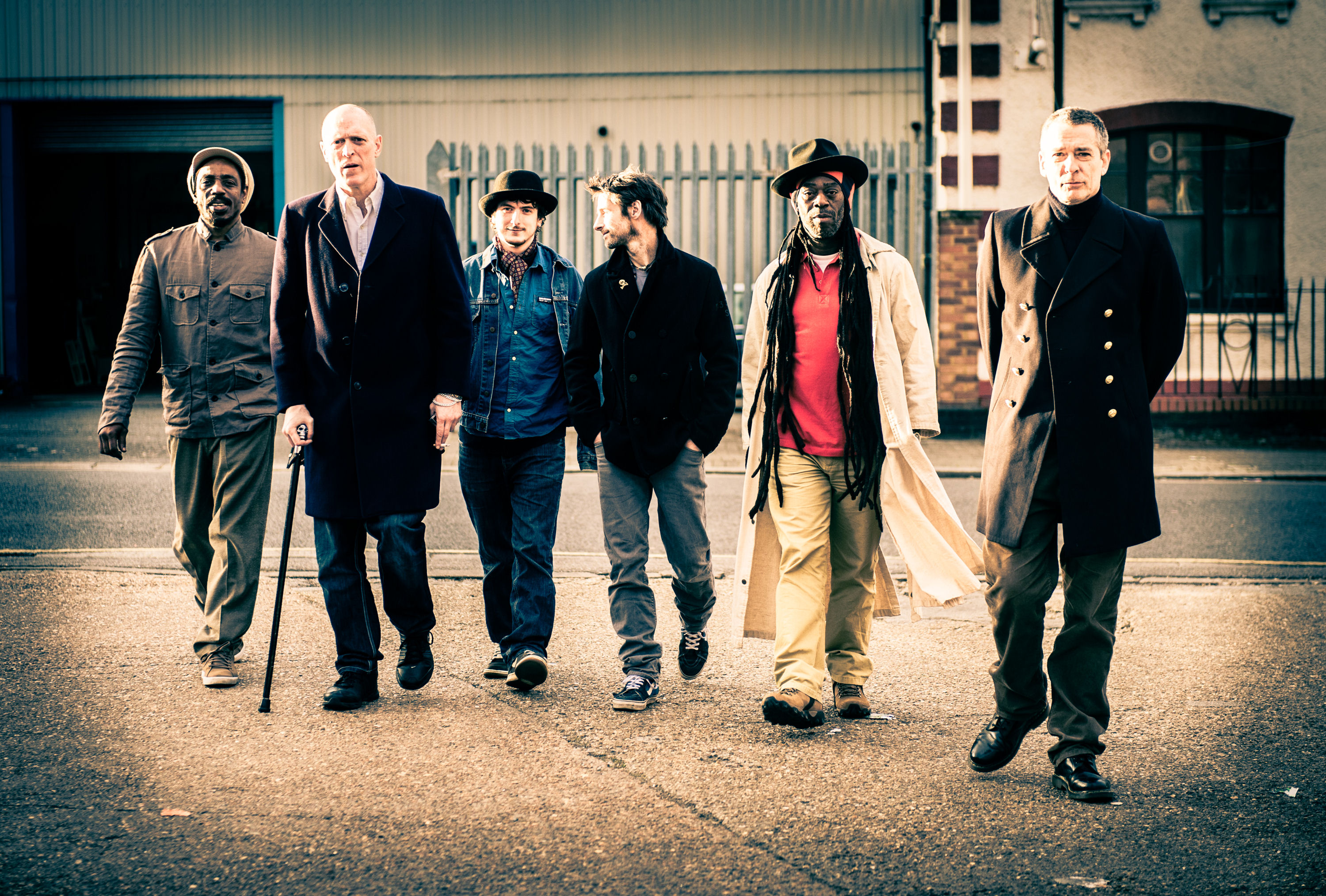 In 2013 Dreadzone celebrate 20 years in the game with the release of their 7th studio album Escapades and a UK tour with dates from September through until December. The band, with roots in Big Audio Dynamite, have had career which has spanned the credibility of a Creation Records release, major moves on Virgin and independent releases including through their own label Dubwiser Records.

Their highly anticipated new album Escapades was recorded at Mick Jones’ London studios and co-produced by original Dreadzone member and co-founder Tim Bran. The core members Greg Dread, original bassmaster Leo Williams, the unmistakable MC Spee, legendary reggae vocalist Earl 16 alongside Chris Compton on guitar and Bazil on technology make up the current Dreadzone live line up. Hit records, critical acclaim and a huge, devoted fan base are theirs, due in part to their utterly storming live shows. As well as live favourites from their back catalogue, including ‘Little Britain’ and ‘Captain Dread’, the band will be showcasing new tracks from Escapades at their shows in 2013.