White Wizard Are Off On Tour 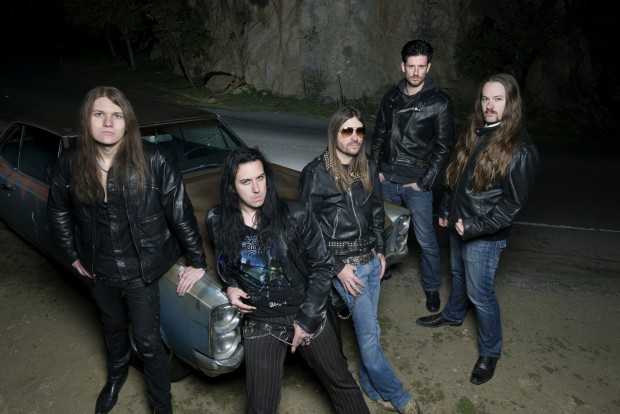 WHITE WIZZARD have confirmed the first dates for a European headlining tour, which kicks off on September 27th in Brighton, England. The band will be hitting the road in support of their new studio album, THE DEVILS CUT, starting off with a string of shows in the UK. The band will then be moving on to continental Europe, with dates due to be announced soon.

WHITE WIZZARD bassist and mainman JON LEON comments: “We are very excited to get back over to Europe. Giovanni and I have worked hard to get a solid line-up of guys that will actually tour and stick it out and to make White Wizzard a stable entity for the fans. We appreciate all of our fans being so patient and supportive. What we have now is a line-up that has been together over a year that is very dedicated and serious. The fans will finally get to see the five guys that recorded the album and we promise we will not disappoint. This is only the beginning as we are already writing the next album and we are hungry to finally see the band through to its intended vision. If you dig the album, just wait until you see this group of guys live. We are on a mission in its first stages and we hope you come along for the ride. It is going to be a blast!!!”

See WHITE WIZZARD on tour in the UK at the following shows: