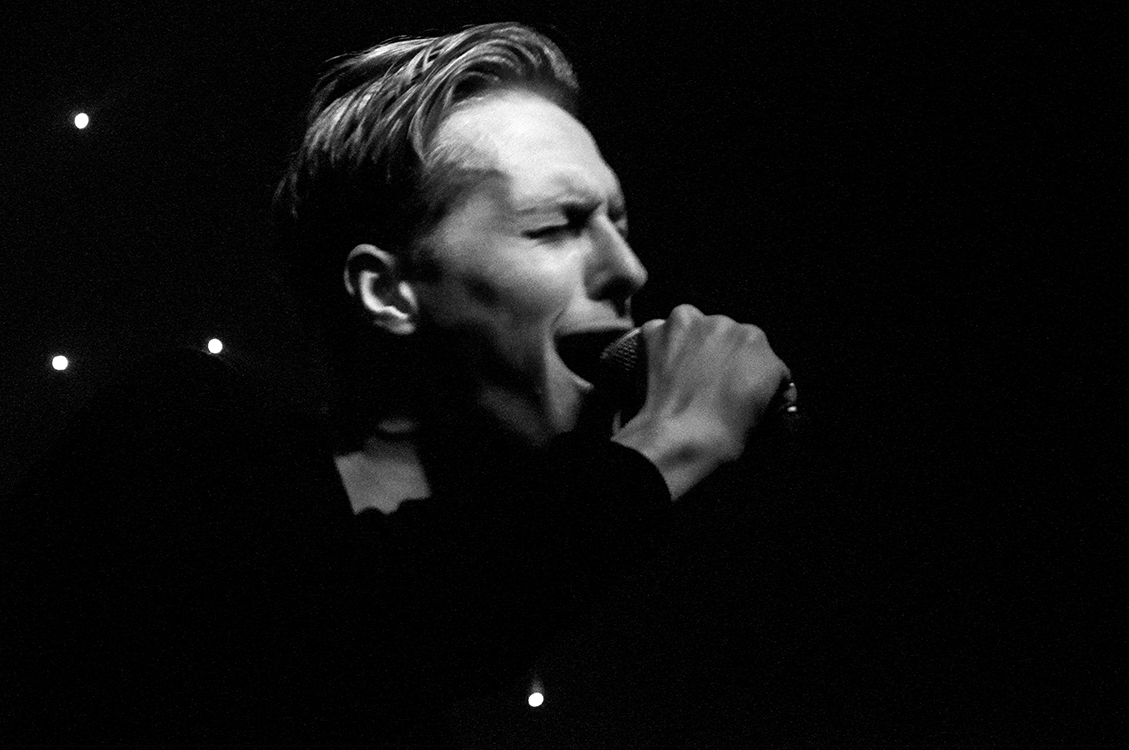 Leeds new sons EAGULLS arrived to a rather intimate crowd in the setting of the Hare & Hounds in the Moseley district of Birmingham last night to a great reception. Their debut album having only been released 24 hours previous to a myriad of rave reviews, the question is how would this transpose live? Answer is a simple “rather scuzzily”.

Playing their way through a rather short but intense and energetic set, it was great to see the potential in the faces of these young men. The sheer brilliance and layered fuzz of Nerve Endings kicked off proceedings and within seconds there was a mini circle mosh from the youngsters at the front of the crowd. This band are certainly catching a niche in the market and are riding high with their efforts.

Frontman George Mitchell is a delight to watch. His intensity in his performance outdoes his confidence. These are still early days for the band, and confidence will come with experience, but performance wise you cannot fault the effort. Mitchell’s gravelly vocals shine in a live setting if just a touch too low in the mix. Mark Goldsworthy and Liam Matthews seem to be battling each other off with a series of fuzzed up scuzzy riffing that at points seem to drown each other out.

Overall the performance is great. Tracks like Posessed, Coffin Song and a rousing end of set version of Tough Luck sound phenomenal and appear to showcase more of a raw sound live than on record. This is an element that Eagulls need to play on and push themselves further. With the right promotin/exposure, Eagulls could easily be the next big thing. They are exciting and vibrant, they have the energy and the confidence is coming along.

They are next seen playing the UK supporting Franz Ferdinand so if you can get along to support these boys, do it. After that is a tour across America which I fear may be the making of them. A sound like this should in all prosperity escalate, especially in the US of A. The summer festivals Eagulls are booked on over here will not know what’s hit them. They are a breath of fresh air and will only get better.