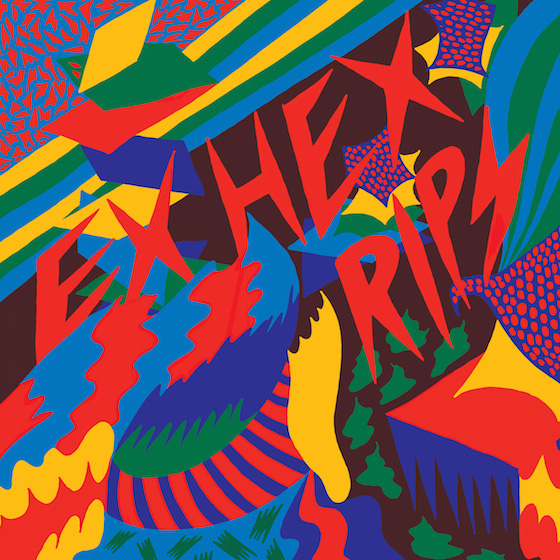 EX HEX, the new project from Helium & Wild Flag vocalist Mary Timony, have announced that they will release their  full-length debut Rips on October 13th. With a line-up completed by Laura Harris and Betsy Wright, the band had only played a handful of shows together before heading into the studio to make the record back in the Spring.

Timony is known as one of the key figures in the Riot Grrrl movement that developed in the USA in the late nineties and early noughties, and as part of the Wild Flag supergroup, recorded music alongside members of Sleater Kinney, The Minders and Quasi.

Their visceral, rock’n’roll sound has its roots in these early influences, combining powerhouse drumming with shuddering bass lines, and throwing in some lyrics about having your wallet stolen to boot.

The band are currently on tour across the USA, with Dum Dum Girls, Speedy Ortiz and Hospitality providing support.

Rips is released on October 13th via Merge Records, and is available for pre-order here.