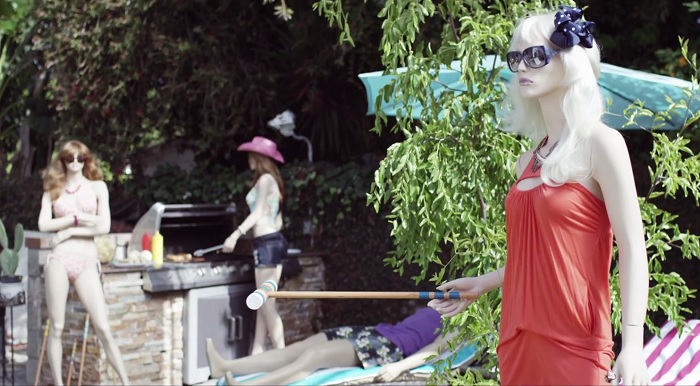 Electronic producer and now bona fide live band RAC have revealed the video for their new single ‘Cheap Sunglasses’, taken from their recent album STRANGERS. Featuring the additional vocal talents of singer songwriter Matthew Koma (whose vocals have previously featured on Zedd’s ‘Spectrum’ and Showtek’s ‘Cannonball (Earthquake)’), it’s a bright, bouncy electronic number that pokes fun at the plasticity of the people around them, while maintaining a lightweight, infectious beat that makes it feel like a slice of summer sunshine, and not a character assassination.

The video also provides a first look at the band’s live set-up. Previously the solo project of André Allen Anjos, the touring band will be accompanying him when they hit the road across the US later this year, including  show at Lollapalooza. Directed by Michael Dwyer (who previously directed RAC’s video for ‘Let Go’), the video sees the band perform at a house party filled with mannequins. Hopefully the crowds at their actual live shows turn out to be a bit more mobile.