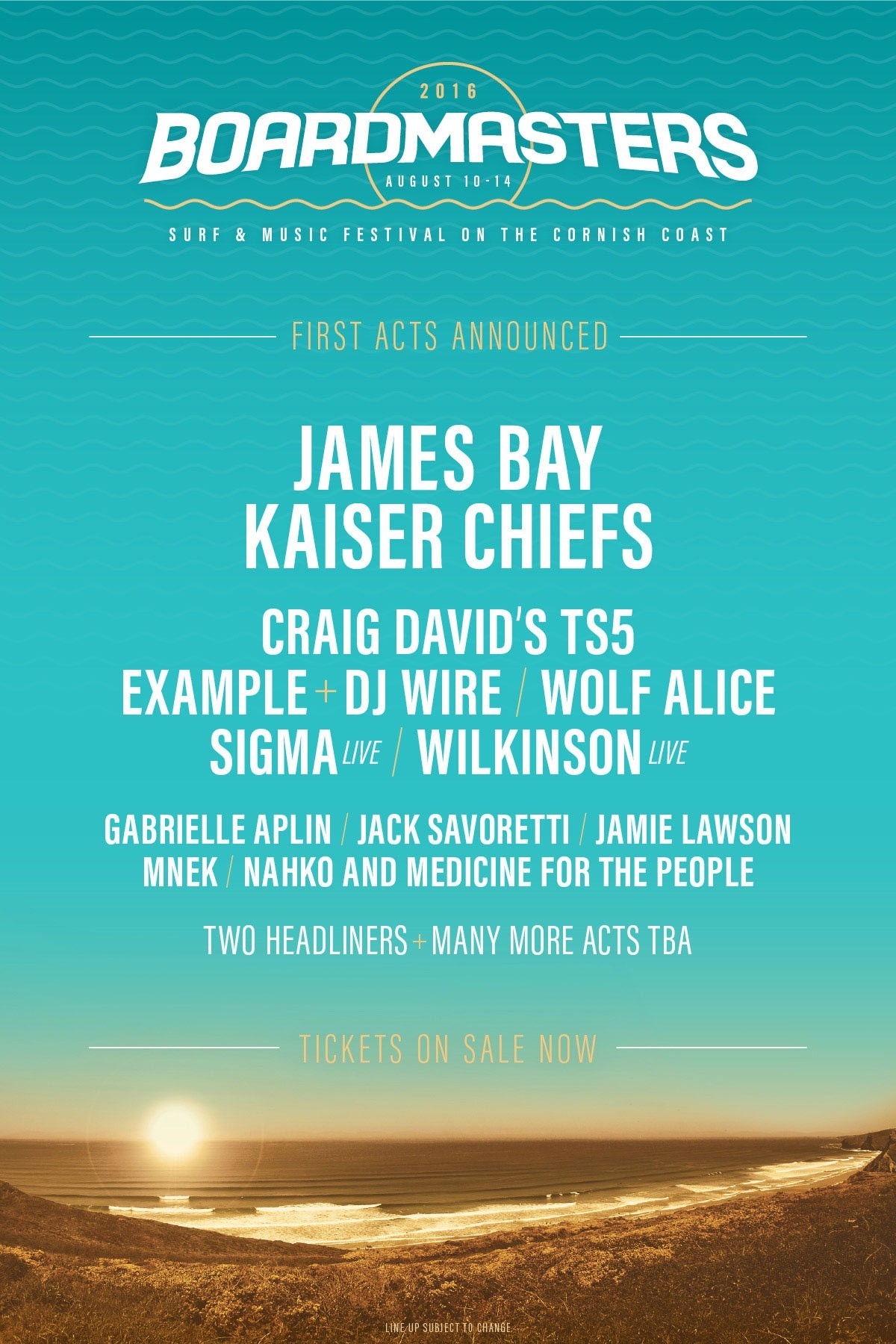 Cornwall’s very own festival have this morning unveiled a huge wave of acts set to rock Watergate Bay this August. Revealed as headliners this year are: James Bay and Leeds rockers Kaiser Chiefs.

The remaining line up will be released over the forthcoming weeks, but already announced as playing over the weekend are: Wolf Alice, Example, Craig David, Sigma, Wilson, Gabrielle Aplin, Jack Savoretti, Jamie Lawson and Mnek.

Upon the announcement of the lineup, the Festival Director Andrew Topham stated: “We are thrilled to announce the outstanding James Bay as our first headline act for Boardmasters 2016. It’s fantastic to see Cornwall remaining firmly on the UK’s music map with its very own surf and music festival growing each year. We’re looking forward to five days of explosive performances and thrilling surf action this summer.”

With two headliners still to be announced, as well as a whole host of other acts, acoustic sessions and surfing competitions, this is certainly one festival not to be missed!

Boardmasters takes place at at Watergate Bay in Newquay, from Wednesday 10th – Sunday 14th August. Tickets are on sale now priced from £134 for weekend camping and £47.50 for a day ticket.