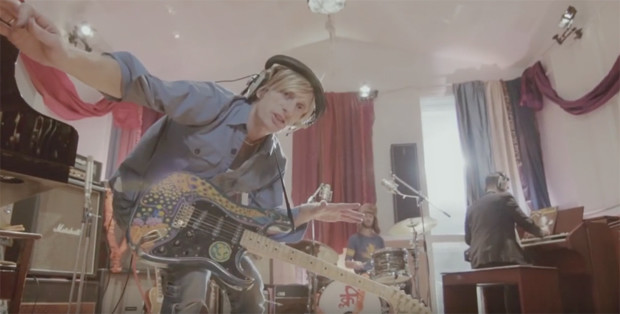 90’s pscychadelic legends Kula Shaker have marked their return with a cracker of a comeback single.  Released ahead of their first album in six years next week (Friday 12th February), ‘Infinite Sun‘ is the slow burning opening track from their ‘K2.0‘ album.

Recalling their mid-90’s Indian influences, the song builds in to a great paced, rock n’ roll track. Swathed in the sitar and Crispian Mills’ distinctive rasping. If this is just the beginning of the new journey, it will be exciting to see what the new album brings.

To mark the release of the new record, the band have announced a very intimate run of dates across the country which are now sold out.