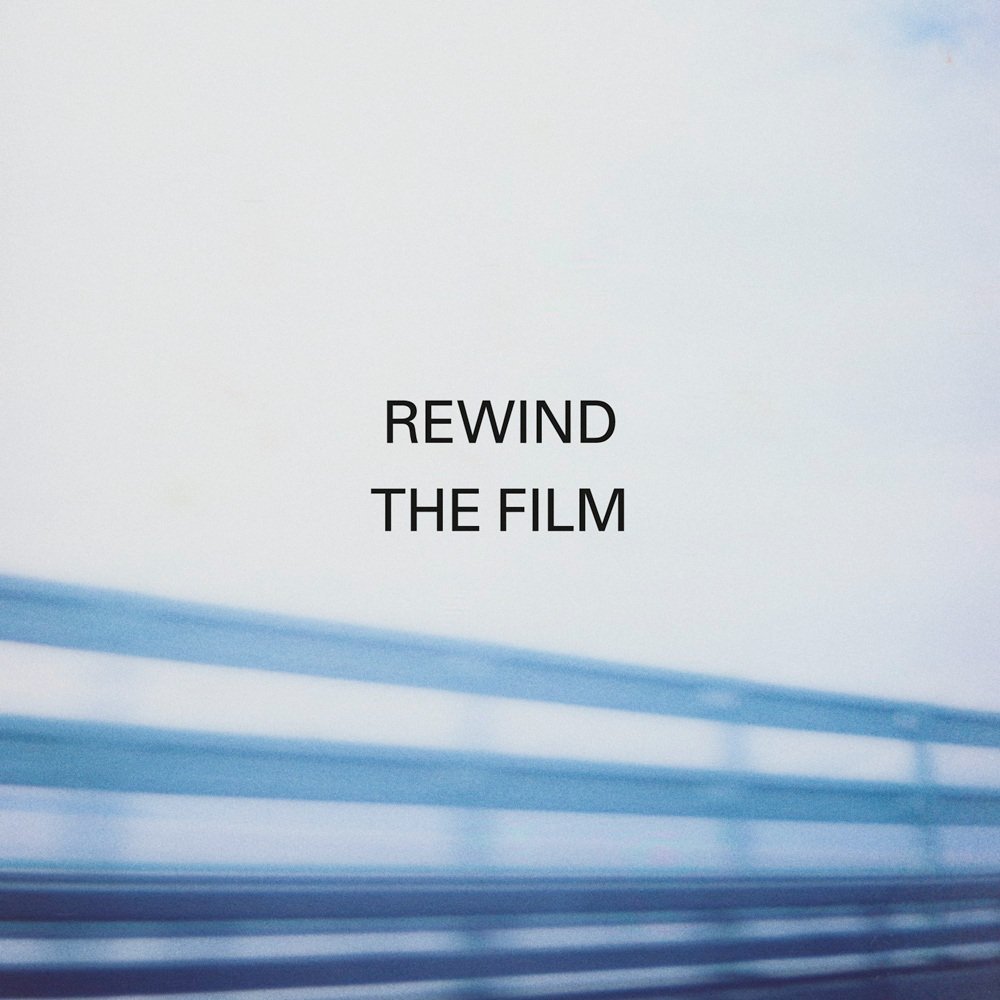 The welsh rock pioneers have a back story of intense pain, solitude, heroism and celebrations. After playing a career defining 38 song singles set at London’s o2 Arena in December 2011, it was revealed that they would take a mini hiatus from live performances in the UK. In the mean time the band has played across the globe including a recent trip to Australasia in support of the British Lions Rugby Team.

In between, the band have been hard at work recording ‘Rewind The Film’ in their own Faster Studios in Cardiff. During the process Nicky Wire stated that they had recorded enough material for two albums and that two very different albums were forming as a result. The softer “acoustic” side that ‘Rewind The Film’ represents, and next years’ followup ‘Futurology’ (Title TBC) which showcases the more familiar spiky guitar punk crossed with “caustic kraut-rock”.

So what can we expect from this new album? Well if you want the likes of ‘Motown Junk’ ,Faster or even a ‘You Stole The Sun From My Heart’ then this album is not for you, however I will add that you would be missing out big time. This is the sound of a band rediscovering themselves. Finding confidence in… (I whisper it in hushed tones) middle age. But not just the acceptance of that, they are rebelling, but in the way that only the manics can. There is experimentation across the whole 12 tracks and some real stunning surprises.

This Sullen Welsh Heart.
The album starts with James Dean Bradfield crooning over the sound of an old time radio transmission before the gentle acoustics and summery soulful vocals kick in. Compared to the likes of ‘Postcards From A Young Man’ and ‘Send Away The Tigers’, this opening track is more subtle, but has the power and majesty only the Welsh heroes can provide – think of ‘1985’ from ‘Lifebood’ but in an acoustic surrounding. The track is lifted by the surprisingly complementary vocals from Lucy Rose. Her soft warm tones mix with James’ remarkably. It’s one of their better duets. As the track comes to what feels like a premature close, it segues nicely into…

Show Me The Wonder.
The first single proper from the album and is the nearest to a pop song you will get on this record, but that is not a bad thing. The summery vibes are brought to the fore simply by the impressive Sean Moore jazz trumpet refrain that carries the song along. James sounds full of life in his vocals and you cannot help but tap your foot along and do a dance.

Rewind The Film.
The first fruits born from this new album was this, the title track. A lush slow burning gentle track steeped in melancholia. It marked an initial response from the hardcore fans of “this is the sound of our band doing what they want and not what they feel they should do”. It also marked a departure to the normal MSP routine in that the majority of the vocals were left over to Richard Hawley, with James Dean Bradfield striking up powerful vocals in a more subtle role. This track was a great “sample” for the album in that you need to expect a lot of reflection and melancholia.

Builder of Routines.
This is where the album shifts up a gear and becomes more full of life. The track is a contrast to anything they’ve done before. Spacey vocals, brush tipped drum beats, a very gentle acoustic guitar and bass line carrying the track along. James’ vocals are impressive. “How I hate middle age, in between acceptance and rage” he croons before a Sean Moore trumpet solo takes over in the distance. A very summery and sprightly sounding track.

4 Lonely Roads.
A track that caused so much of a backlash amongst the fans before anything has even been heard. It’s a massive departure in that someone outside of the band takes on the lead vocals for the whole duration. Cate Le Bon is very eclectic in her style yet fits this tune perfectly. Complimented in the background by Nicky Wire on duties, it is the least Manicy track you could imagine, but proves a nice break on the album. The exit segues subtly into…

(I miss The) Tokyo Skyline.
Another album highlight and something so different yet again. Picking back up with the acoustic guitar pickings, the undertone is filled with gorgeous instrumentation, a mix of electronica and violin sounds that creates a perfect visual to imagine a bright red sunset over the Tokyo streets. James’ vocals are run through a slight distortion but it just adds to the mix as the song continues to build. There is a clear attraction between the city and the band (Just look at their history) and this song is a remarkable love letter to it. The manics are really showing solidarity in their song writing and song crafting with this album. The violin lines that flit in and out of the song almost give a subtle Irish tint to the track too.

Anthem For A Lost Cause.
We are now heading back into familiar grounds. As the track opens up you get the impression that this could majestically sore in the live arena. It’s almost a mix of ‘A Design For Life’ and ‘Indian Summer’ but with more of a laid back, summery camp-fire undertone. James sounds really soulful in his vocal delivery, and the multi tracked backing vocals along with the brass accompaniment lift this to a plethora of incredible relaxed heights.

As Holy As The Soil.
Nicky Wire takes over main vocals for this track, but soon becomes a duet with James, something the Manics have not really touched on in a full song before. It is lovely to hear. Nicky’s vocals used to be the subject of ridicule, but he has grown confidently and sounds bright and happy here. A spoken word sample leads us into the track before a piano waltzing through allows you to breathe. More of Sean’s trumpeting makes you want to pick up a partner and dance under the stars, hand in hand. There is a gospel feeling to the ending which makes you smile broadly with James crooning “I love you so, so won’t you please come home?” as the final line leaves you with an aching smile.

3 Ways To See Despair.
This is the only track with an electric guitar line in it. James once again doing a soulful delivery before the song suddenly dips into a dark melancholia reminiscent of the first album from fellow welsh cohorts, Catatonia. “I don’t know how and I don’t know when, but I pray that you will be beautiful again” sings James before the solo kicks in. This is made for crowds. I can see James losing himself in this live. The track is a mix of happy memories and an almost sad reflectiveness.

Running Out of Fantasy.
A gorgeous simple acoustic lament again to the frustrations of middle age. This is the quietest moment on the album. In the past the Manics have kept gems like this as B-sides, but this time have stuck to their guns and kept it as an album track. A little piano kicks in during the second verse which cushions James’ vocals perfectly. “I’m old, I’m strange I’m confidential” he sings with one of the most heartfelt vocals he’s ever delivered.

Manorbier.
Just as you think the band cannot pull out any more surprises on the album, this instrumental is presented. It starts with an almost ghostly radiohead sound. As the guitar picking comes in, a rather impressive stylophone sound emerges. Don’t worry, It’s not ‘So Why So Sad Part 2’. This is absolutely gorgeous. Across their back catalogue the Manics have again reserved the impressive instrumentals to reside as Bsides, but this little ode to the Pembrokshire village is too heartfelt to not be heard by the masses. In the last third of the song a choir pipes up in a subtle manor to elevate the song even further. It is absolutely breathtaking and really is the final breather on the album.

30 Year War.
And just like that we reach the end of the album. After a journey through impressive soundscapes and tales of endurance and melancholia, we are left with a reminder of who the manics still are. Opening with a final blast of Sean’s trumpet, the song kicks into a smooth electro/acoustic groove. Spitting, hateful lyrics against the tories. “The old world network won the war again” is the refrain that sticks out as the song explodes into a stunning cataclysm of sounds. Harking back to ‘The Love of Richard Nixon’ almost, this is an impressive explosion to end on. It’s the political track they’ve been missing for a few years. If you want a hint at “classic” manics, this is the one for you. As the song comes to an end, we are left with just the sound of Wire’s bass slinking it’s way to a halt.

As soon as that last note fades, you want to hit repeat straight away. The Manics have created a piece of art with this album. It’s not your typical Manic Street Preachers record. There are no big theatrics, no hard rock and roll, just the sound of 3 men growing older but being confident in what they do. Pulling in the nostalgia for their homeland that steeped ‘This Is My Truth Tell Me Yours’, it’s clear that they are enjoying themselves and want you to know it too.

For a band of their magnitude, to have survived tragedies, been elevated to selling out stadiums, playing in front of Cuban leaders and headlining countless festivals, to create something so delicate and experimental is remarkable. This should be elevated to standout album in their catalogue. They may not be the young rockers they once were, but they are back in a bigger and more impressive way.