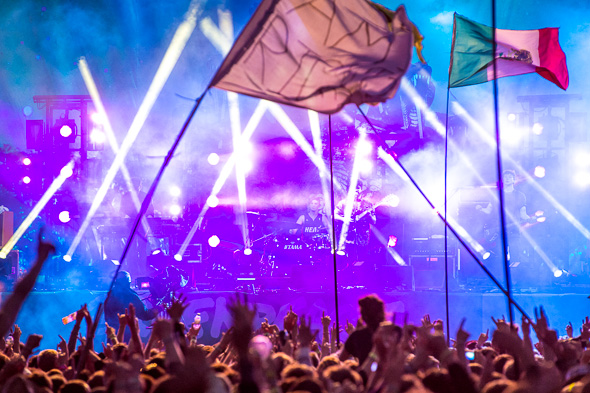 The remaining tickets for GLASTONBURY FESTIVAL sold out in just 16 minutes earlier today (27 April). The Worthy Farm event; which is set to host Kasabian and Arcade Fire in June were selling the remaining ‘resale’ tickets.

Posting on their official Twitter page just 16 minutes after the tickets went onsale this morning, the message read:

[quote style=’1′ cite=”]The Glastonbury 2014 resale tickets have now sold out. Thanks to everyone who tried to buy one, and apologies to those who missed out.[/quote]

This was the final opportunity for those who have registered for tickets to purchase. However; with original tickets selling out very quickly, the resale; of those who failed to pay off the remaining value before the deadline, also proved very popular.

Glastonbury announced over 80 acts for the 25 to 29 June festival; including Dolly Parton, The Black Keys and Lana Del Ray, the full list of acts already announced can be found here. It was also announced by Emily Eavis; daughter of organiser  Michael Eavis, that the Saturday headliner cannot be announced yet due to ‘contractual reason’.