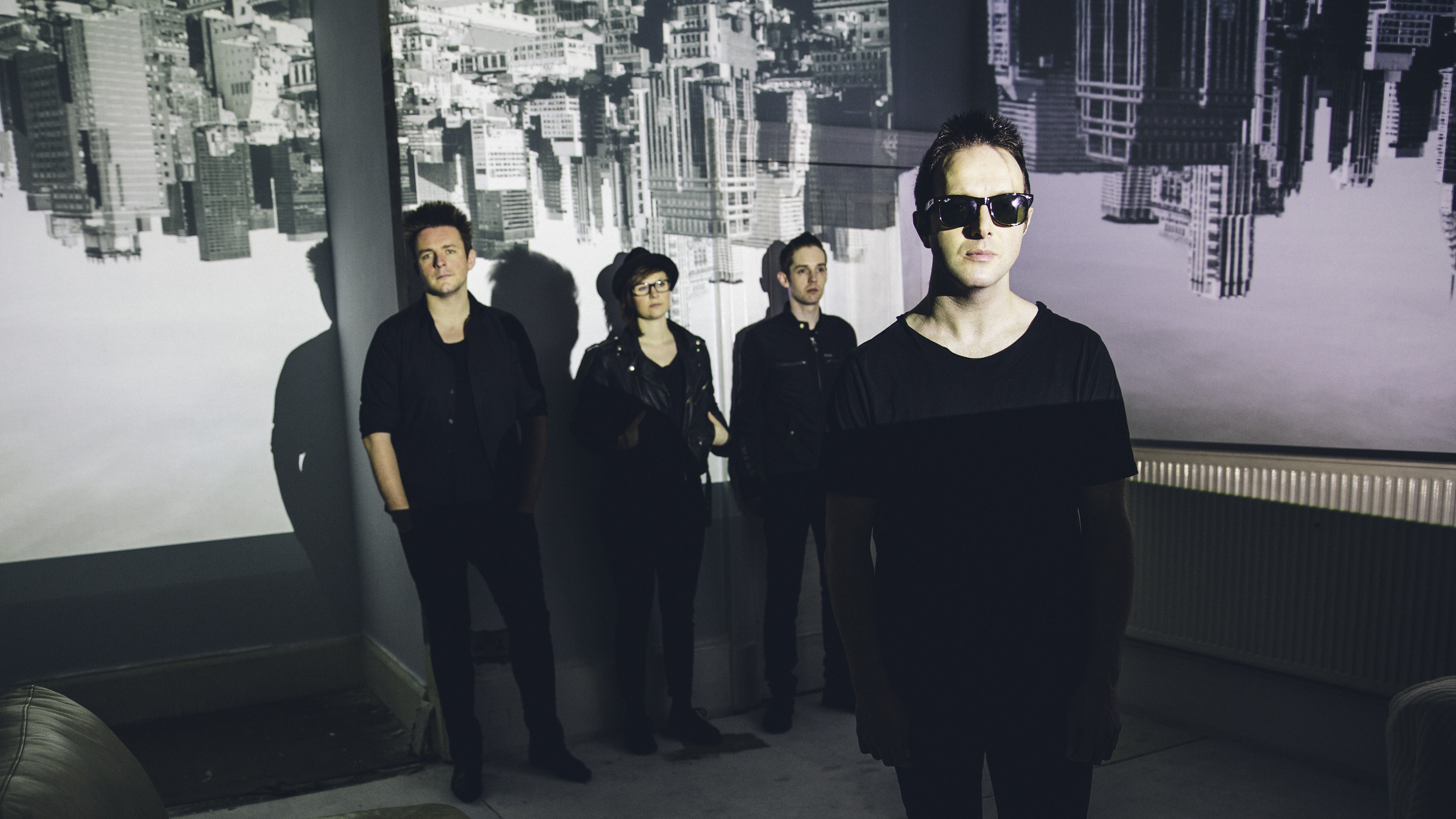 Taken from their forthcoming album ‘Later…When The TV Turns To Static’, ‘If’ melds trademark Glasvegas’ soaring choruses to a martial drum and Phil Spector inspired opening.

‘If’ is accompanied on the EP by three exclusive recordings from the band. A cover of PJ Harvey’s ‘The Words That Maketh Murder’, ‘Press a brand new track written especially for the EP by James Allan and ‘Finished Sympathy’ a demo of the ultimate track on the new album.

“A lot of thought went into this EP, from the decision about the cover track right down to the wee <> symbols in the ‘Press title, which I wanted to make look like a button on a VCR. I sometimes mess around with letters and symbols and stuff. The reason for choosing ‘The Words That Maketh Murder’ was that some of the covers we have done in the past have been older songs, so we wanted to go for something newer. The PJ Harvey album ‘Let England Shake’ is a record we had been listening to and it seemed an obvious choice to pick a song from this record. Press

The new video features the legendary William Shatner and is Glasvegas’ take on the Old Grey Whistle Test.

“We played on the Late Show with Craig Ferguson in LA a couple of years ago and this is when William Shatner done this. We thought it would be a cool thing to add in for the video since it has a ‘late show’ theme too. It’s a simple live performance by the band with an abstract part in the middle where it looks like the video has been taped over with random visuals. The video has a filter that we wanted to put on it just to make it look even more like watching it record on VCR. Old school!”

The new album ‘Later…When The TV Turns To Static’ will be released on September 2nd 2013 on Go Wow Records via BMG Chrysalis and is available to pre-order now from the band’s website http://glasvegas.net/ and all good retailers including iTunes, Amazon and Rough Trade.

To support the album release Glasvegas have today announced a UK tour. Dates are as follows:

Tickets for Wolverhampton priced £15.00 are available from Midland Box Office: 0870 320 7000 or online at www.wolvescivic.co.uk