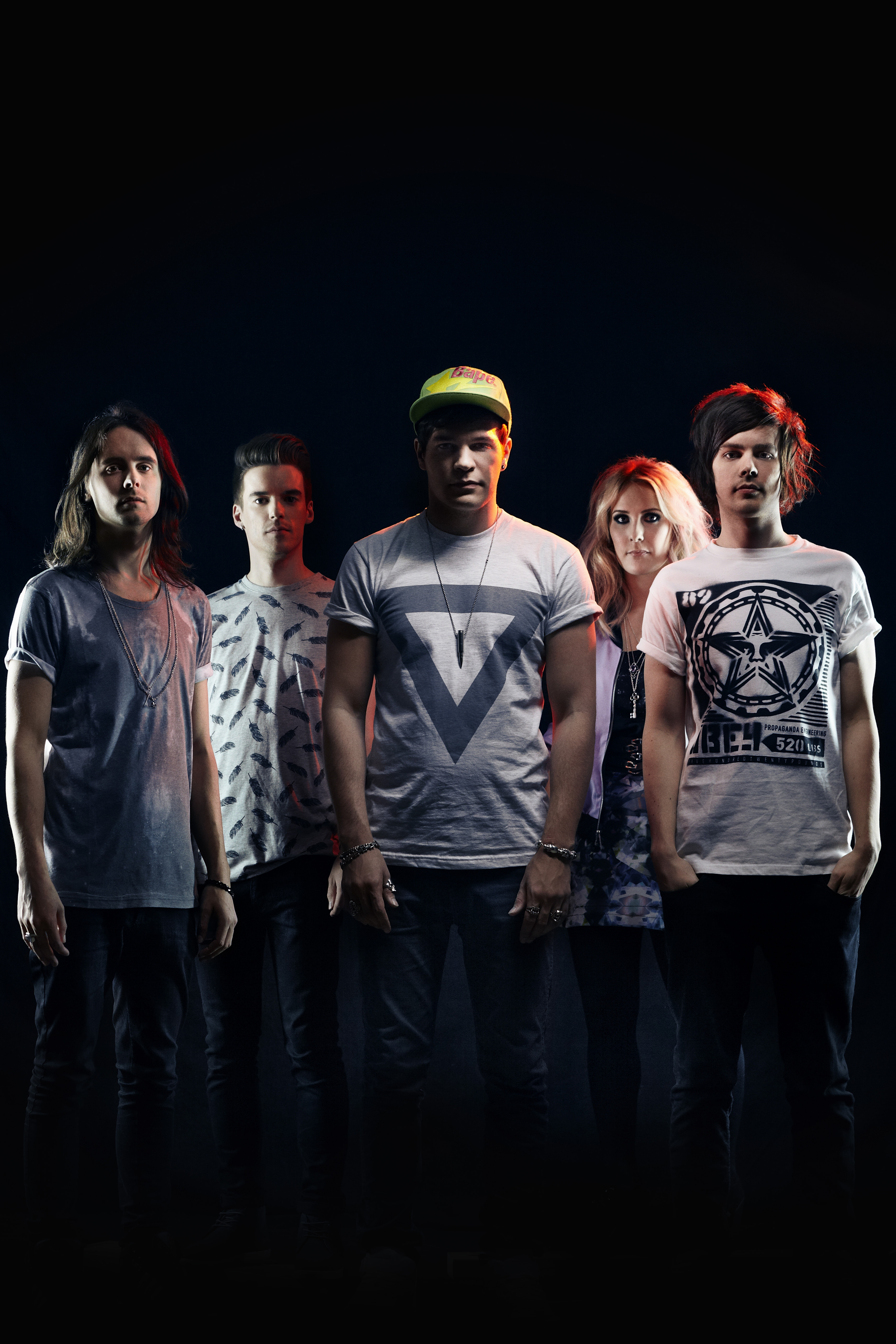 Hadouken! Are set to tour the UK playing small intimate venues ahead of their new record. The four piece are a grime/indie hybrid band loosely linked to the young and vibrant new London scene some have labelled ‘New Rave’. The band consist of James, Alice, Danand Nick, two lovers and to brothers who met through a mutual love of music and the indie scene at Leeds University and are all in their teens and early twenties. Their visual style is a riotous clash of fluorescent DIY modifications, indie kid fashion and subverted urban wear.

Their demos are recorded in a bedroom on not more than a laptop and soundcard. The band have begun remixes / colorations for their fellow scenesters and peers the klaxons which the band themselves have authorised. They have also given Plan B a once over & currently working on a Hadoukenre-jig for Bloc Party’s new single.

Their debut track ‘That Boy That Girl’ is being championed bySteve Lamacq on BBC Radio 1, and has been described as a’Snarling work of genius’ by the NME.

James began his career in music as a fairly successful teenage grime producer starting before the days of Dizzee Rascal however, he has since abandoned the scene to take on the Hadouken! Project, but honours the scene in the underground digital sounds he employs in production and grime-esque vocals. The rest comes from the girl and boys admiration for indie rock, electric guitars and the thrill of the live gig, to give a unique and edgy sound unlike anything before.

The band commence their 1st UK tour supporting Metric in November which follows onto them playing with James Murphy (LCD Sound System) for his DFA night as well as play at the NME Breaking Bands Showcase at In The Citythis year.