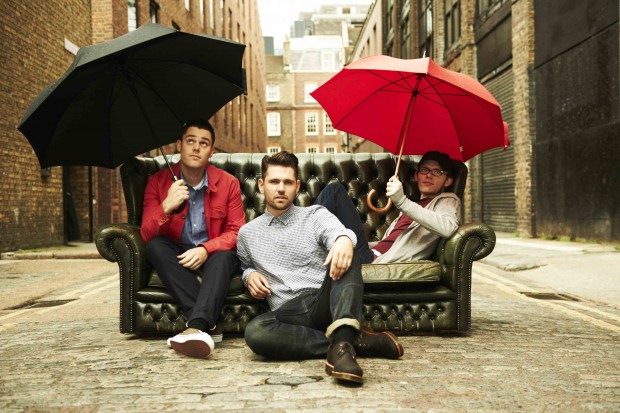 Scouting For Girls today announce they will be taking their Greatest Hits album on tour in November. The tour will stop off at:

Scouting For Girls, the British pop band who 6 years ago took the country by storm with their witty lyrics and catchy pop songs, release their Greatest Hits album today – 29th July 2013 – through Sony. The album includes two brand new songs including first single ‘Millionaire’ released on 21st July 2013, alongside favourites such as ‘She’s So Lovely’, ‘Heartbeat’ and ‘Elvis Ain’t Dead’.

Over the course of three sparkling, life-affirming, Top 10 albums Scouting For Girls have made the journey from playing pubs in Harrow and Ruislip to headlining Wembley Arena.

“It’s still about the songs and only about the songs, We play music for the sake of music, not celebrity. If we hadn’t been successful, we’d still be rehearsing every Friday night at wherever would have us. We’re an old school band. We do everything ourselves. These songs on the Greatest Hits have really connected with people’s lives. People like them because they’re catchy, uplifting and somehow very very British. Me, Pete and Greg aren’t just friends any more: we’re family. That’s why our music sounds so natural.”

After two years of hard touring, ‘Everybody Wants To Be On TV’ soared into the British top two, ‘This Ain’t A Love Song’ gave them their first Number 1 single (“a real turning point; we knew then we weren’t going to go away,” remembers Roy) and by 2011 they were headlining Wembley Arena a few miles but several light years away, from their modest beginnings. 2011’s ‘The Light Between Us’ made it three out of three Top 10 albums as Scouting For Girls evolved into a national institution.

Tickets go on sale at 9am on Friday 2nd August priced £22.50 regionally and from £20.00(subject to per-ticket charge plus order processing fee) and are available from www.livenation.co.uk or www.ticketmaster.co.uk.