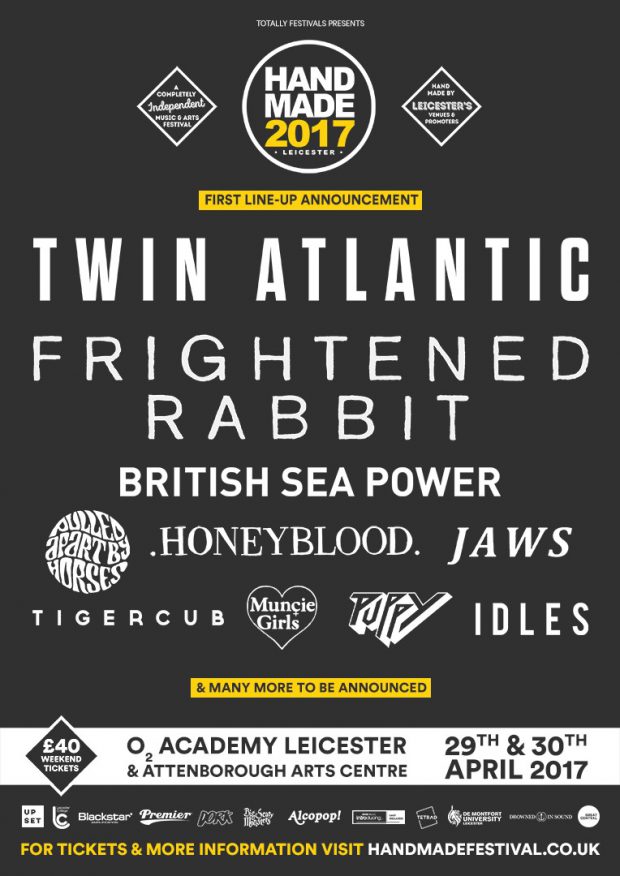 Handmade Festival will be returning to Leicester’s O2 Academy in 2017 for two days of the finest music, comedy, art, film, performance and photography, hand-picked and carefully curated. The festival will take place on 29th and 30th April 2017.

As such, Handmade Festival are very excited to announce the first wave of bands for the 2017 music programme:

Plus many more acts performing across multiple stages to be announced. Weekend tickets are on sale from: http://www.handmadefestival.co.uk.

““It feels so good to finally get this announcement out in to the world. Handmade has grown every year since we started it in 2013, but this feels like our biggest step to date as we move in to the main room of O2 Academy Leicester, as well as the many other spaces around the Academy and Attenborough Arts Centre. We could not be more excited about the line-up, and this is just a flavour of what you can expect across the two days.”

This year the festival is partnering up with old friends Big Scary Monsters and Alcopop records as well as new friends at Upset, Dork, Drowned in Sound and more, to bring you another eclectic and vast line-up. More acts to be announced soon.

Tickets start at £40 for adults and for the first time the festival is able to offer tickets at £30 for students and £20 for under 16s.