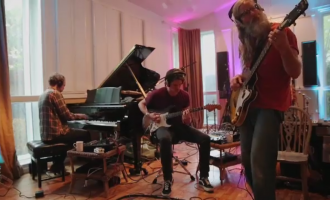 West Country surf rock legends Reef are back with their new single 'How I Got Over'.

Between two gold-encrusted Greek columns the stage at Edinburgh’s Usher hall is fitted with a black and white checked floor and a faux bar to create a jazzy atmosphere. Rebecca Ferguson first made a reputation for herself as a...

Wildewoman sees Brooklyn-based Lucius come onto the scene with a bang: one to watch in 2014.

Joan As Police Woman – The Classic

Inspired, funky dance tinged second outing set to make the nation groove ahead of the summer.