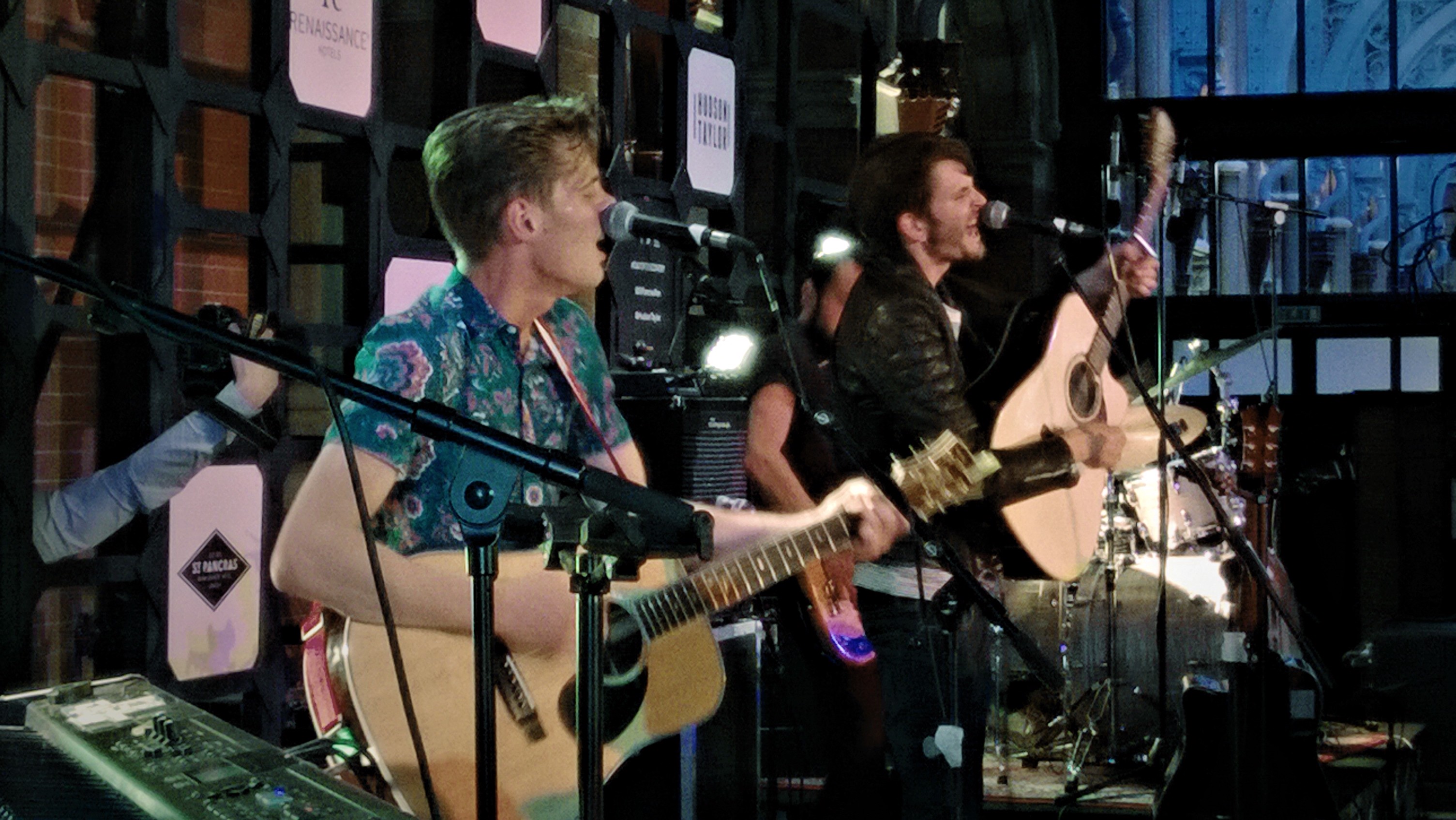 It’s hard to imagine a more imposing setting for what is Irish up-and-comers HUDSON TAYLOR’s de-facto Glastonbury warm-up gig. From the stunning building exterior to the lofty vaulted ceilings of the lobby itself, the St Pancras Renaissance Hotel is a beautiful if unlikely setting to hear one of folk-pop’s most exciting new acts. Hidden away behind a screen, however, a gem of a gig is indeed taking place.

With their combination of boyish charm and emotional vulnerability, it’s no wonder that, even without a full album yet under their belts, the Dublin-born brothers are already inspiring a rabid following. As they take to the stage, the first few rows are filled with fans who manage to sing along to just about every song going (even ones they can only have heard for the first time tonight). Launching straight into ‘Drop of Smoke’, the smiles on their faces suggest that this kind of passionate following still takes them by surprise.

Their set is filled with the kind of anthemic folk that will undoubtedly win over the folks at a rather damp Glastonbury festival this weekend (fear not, they’re playing in a tent!). With a full band backing them up, their songs possess such infectious energy that it’s impossible not to tap your toes, or indeed not to break out dancing all-together. ‘Second Best’, from their most recent EP, is particularly rousing, as are new tracks ‘Wildfires’ and ‘Caught On’. It bodes well for their upcoming debut album, which is in the final stages of production and expected to drop later in the year.

Seeing them live, the comparisons to Mumford and Sons are understandable, but it’s as easy to draw links with the piano pop of Something Corporate and Augustana, or the swinging pop sound and irresistible harmonies of The Everly Brothers. As they close their set with storming renditions of ‘Care’ and the brilliant ‘Battles’, however, those comparisons are lost in the wake of a performance that all but burns their name into your subconscious.